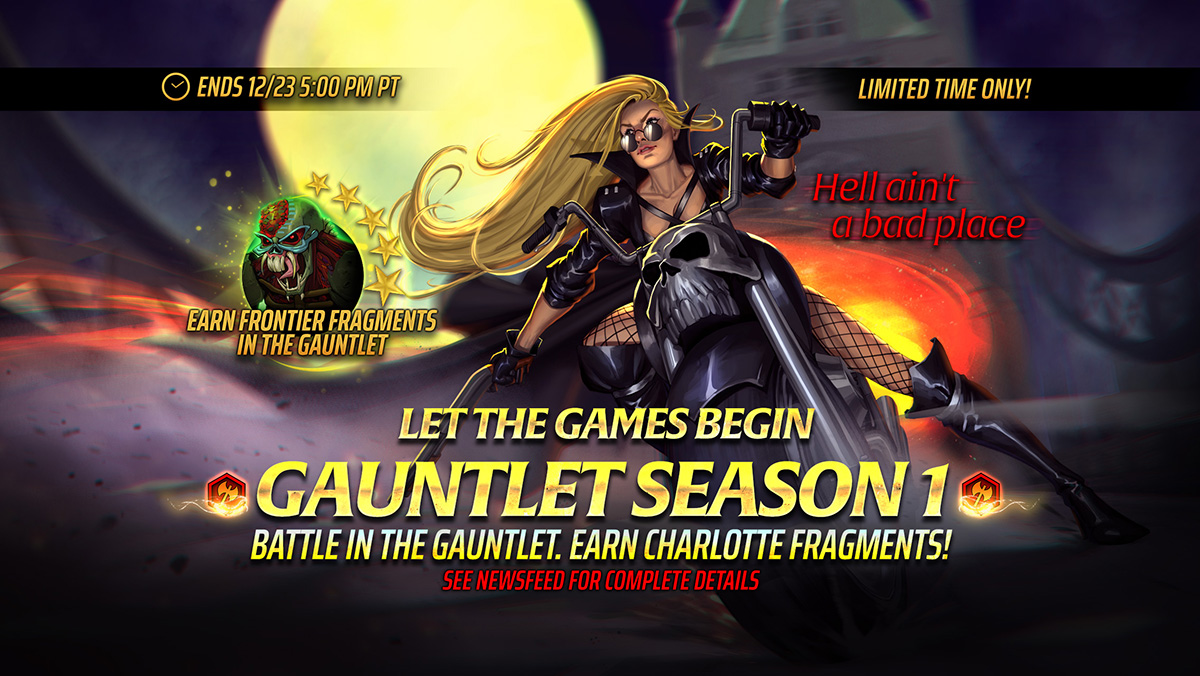 14 Oct ⚡Charlotte Roars into Legacy of the Beast – Gauntlet Season 1 on NOW!⚡

Earn Charlotte from the Gauntlet!

“The beast and Charlotte they were two of a kind.” ~ From Here to Eternity

Hot on the trail of a mysterious “Killer”, the queen of 22 Acacia Avenue rides into Legacy of the Beast ready to take back control of her beloved London on the eve of an impending darkness.

Charlotte is the newest 5⭐ Warrior in Legacy of the Beast. She’s a brutal physical attacker that can provide Perfect Health and Immunity to Silver Effects at the start of battle.

You can earn Charlotte Soul Fragments and other Rare Rewards in Gauntlet Season 1!

You will have 10 weeks (until the end of Season 1) to earn enough Charlotte Fragments from the Gauntlet to summon her. Once Season 1 is over, she will be much more difficult to obtain, as she won’t be featured in any other soul.