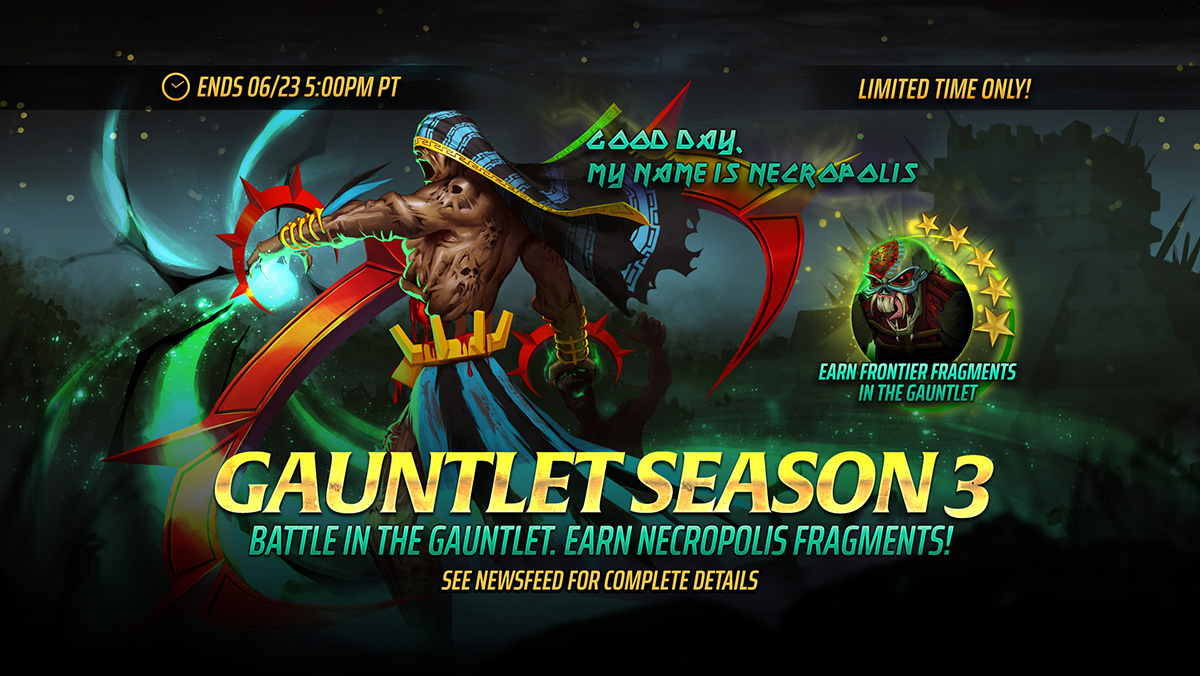 14 Apr 💀Necropolis descends upon Legacy of the Beast – Gauntlet Season 3 on NOW!💀

Earn Necropolis from the Gauntlet!

~ If Eternity Should Fail

Eternity is nothing but a short while….Necropolis has arrived from the City of the Dead to harvest Souls and wreak havoc in Legacy of the Beast.

Necropolis is a hero-class ally with extremely potent skills. Use ancient blood magic to lower the Max HP of your opponents and leave them open for attack. This 5 star Sentinel can also permanently increase his own Max HP, Defense and Attack, inflict Perfect Bleed and devastate teams with multi-hitting physical attacks!

You can earn Necropolis Soul Fragments and other Rare Rewards in Gauntlet Season 3!

You will have 10 weeks (until the end of Season 3) to earn enough Necropolis Fragments from the Gauntlet to summon him. Once Season 3 is over, he will be much more difficult to obtain, as he won’t be featured in any other soul.