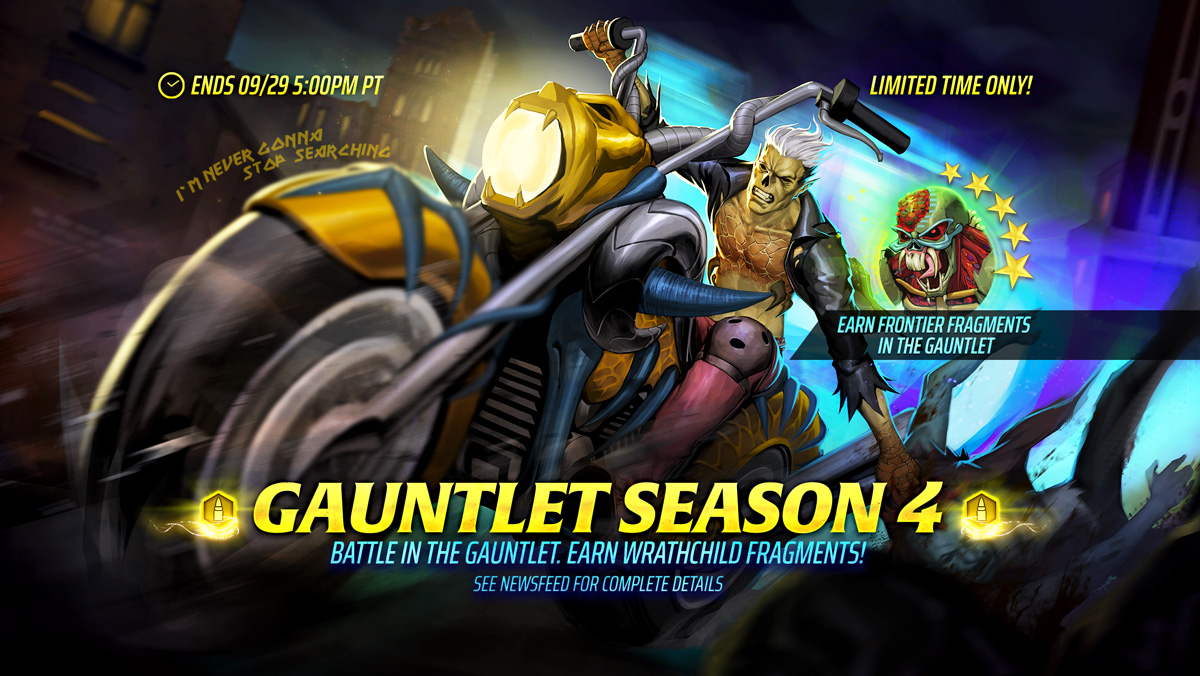 21 Jul 🔥Wrathchild rides into Legacy of the Beast – Gauntlet Season 4 on NOW!🔥

Earn Wrathchild from the Gauntlet!

“I was born into a scene of angriness and greed,
and dominance and persecution.”
~ Wrathchild

Ruthless and full of rage, this demon is out for blood…Wrathchild roars into Legacy of the Beast and he wants vengeance!

Wrathchild is a 5 star Gunner hero-class ally with extremely potent skills. This demon on wheels unleashes vicious random damage strikes, and ensures all members of his gang hit with Perfect Attacks every time. He can also remove Immunity, inflict Perfect Crave and Perfect Silence on enemies, as well as remove negative effects (including Silver effects) from any ally suffering from Perfect or Passive Disable!

You can earn Wrathchild Soul Fragments and other Rare Rewards in Gauntlet Season 4!

You will have 10 weeks (until the end of Season 4) to earn enough Wrathchild Fragments from the Gauntlet to summon him, after that he will be much more difficult to obtain, as he won’t be featured in any other soul.