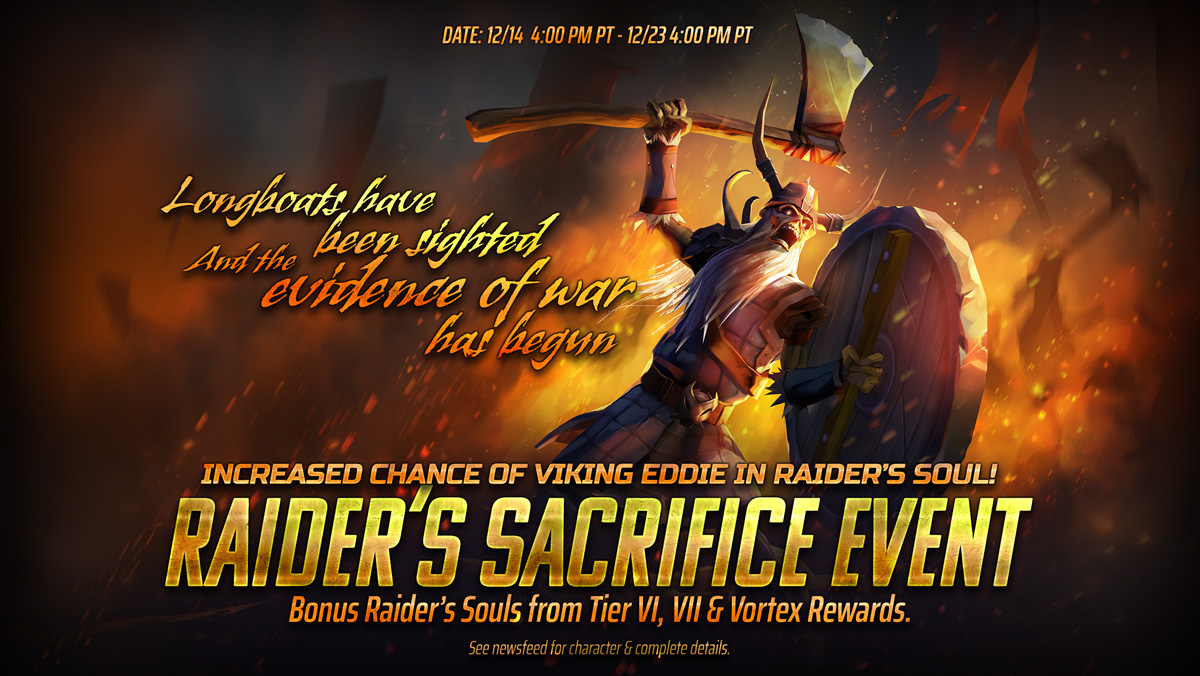 Approach the altar, and sacrifice to earn Raider’s Souls for an increased chance to pull 5⭐ Sentinel Viking Eddie.

From December 14th to the 23rd, all Tier VI, and Tier VII Sacrifices, plus Vortex Rewards will be GUARANTEED to grant you with a bonus of Raider’s Souls, in addition to normal sacrifice rewards.

Raider’s Souls are guaranteed to produce a 3-5⭐ character of ANY class (including Assassin and Gunner!) and have an increased chance of producing Viking Eddie!

Raider’s Souls are also available in packs of 1, 3, and 10 in ‘Specials’ tab of the LOTB Store!

🤘 Sacrifice characters earned from Common Souls for a chance to earn Rare Souls which will give higher level characters that will help you reach higher Sacrifice tiers!

🤘 Level up your extra characters! 3 star and 4 star characters can be worth almost 50% more when you make them max level, and evolving them raises that potential even more.