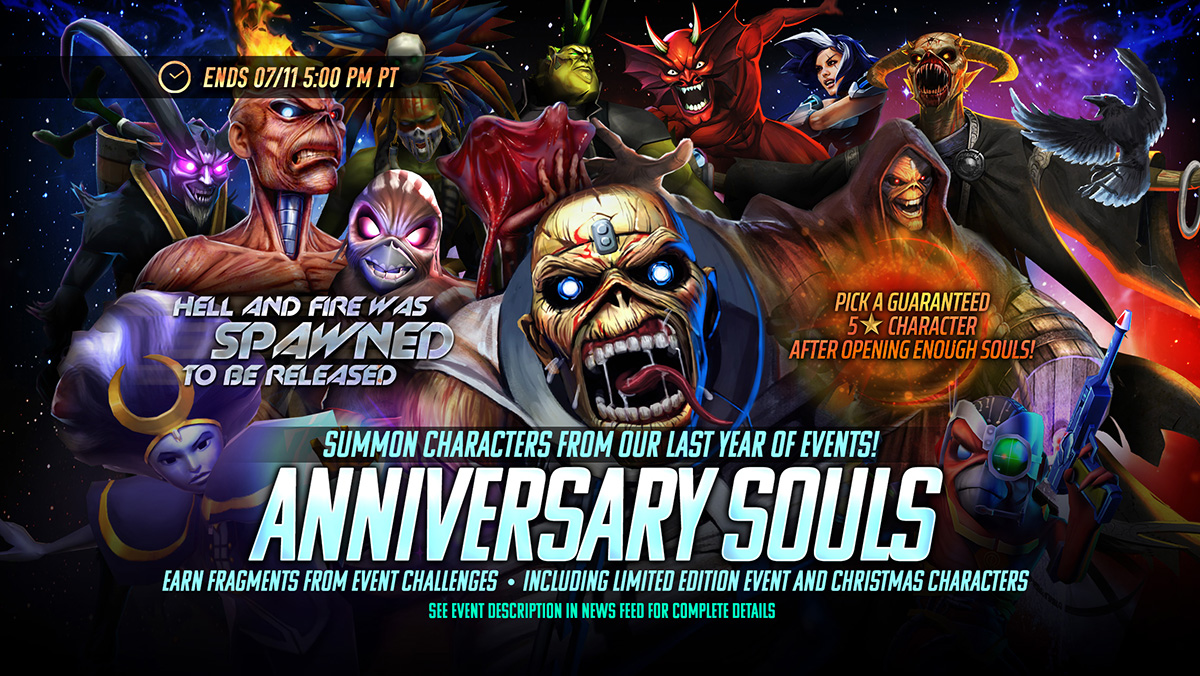 The Anniversary Soul is a limited time event soul which guarantees a 3★ to 5★ character of any class, but unlike most other souls that drop characters of those rarities, this soul will only reward characters that have come out since our last anniversary!

That includes all of the following:

Please note that the soul does not include many characters which are considered feature- or content-specific characters (including, but not limited to, Trooper Eddie, Alexander Eddie, The Alchemist, or the Liliths).

Earn Anniversary Souls though challenges, or purchase them in packs of 1, 3 and 10 from the Store!

☠Some of these event challenges will require you to inflict negative effects! These effects were chosen based on characters we released in the last year, so you can use any of the suggestions below (or older characters if you want!):