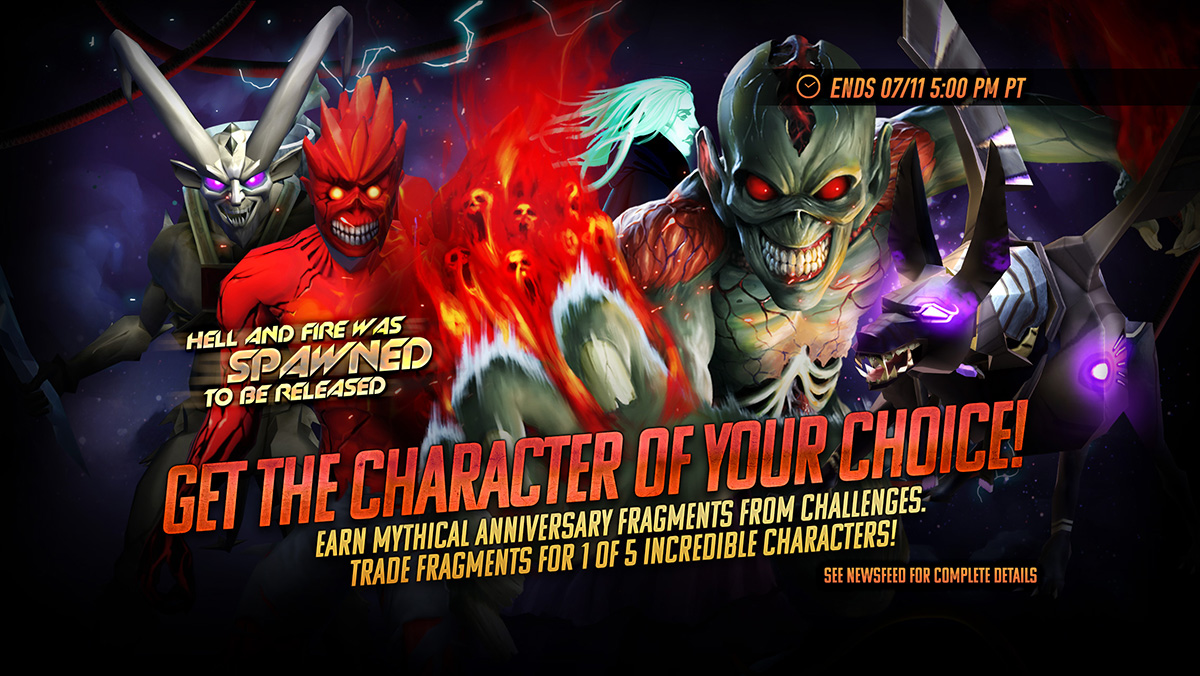 Get the character of your choice!

It’s Legacy of the Beast’s third anniversary, and we’re celebrating with a very special event!

Mythic Anniversary Fragments are traded in the Event store for any of the following characters:

NOTE: If you claim a Mythic Anniversary Soul with your Fragments, this Soul will randomly grant one of the 5 characters listed above.

Complete event challenges and receive a full set of Rebellion Talismans! These talismans are our latest seasonally available talisman set, so be sure to get them while you can, as it’ll be a long time before you see them again!

Rebellion Talismans grant Immunity to Silence and Perfect Silence. They will also provide a 20% chance to remove all Silver effects from self and a random ally when you take damage.