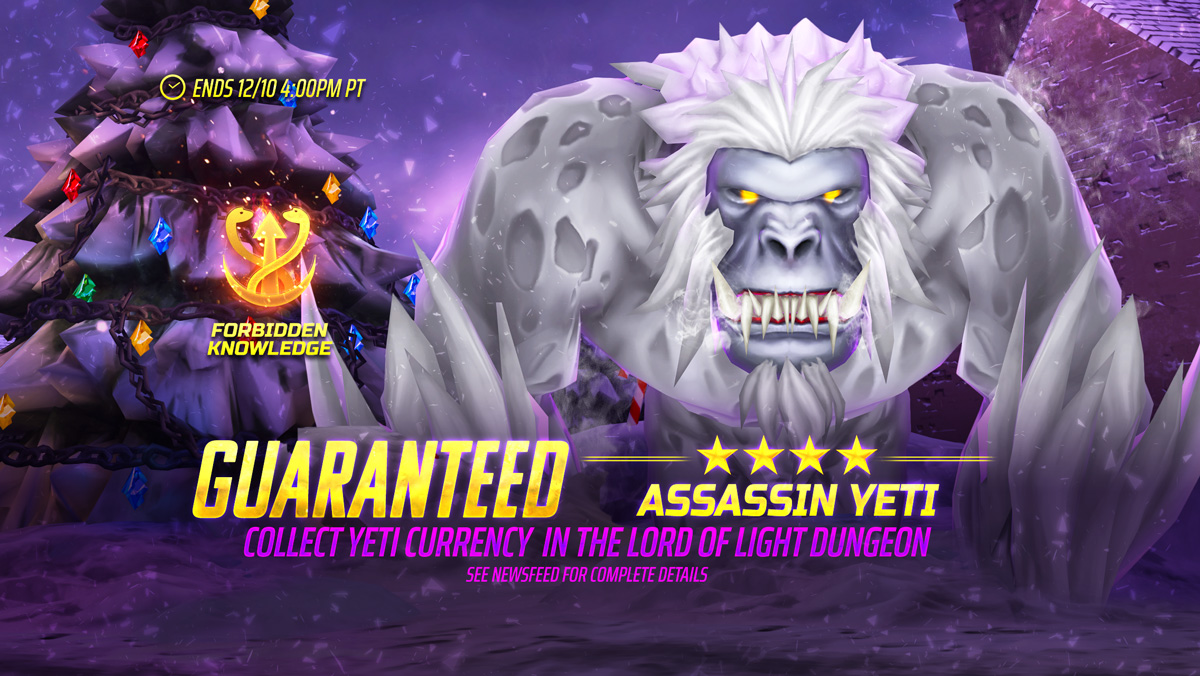 From now until December 10th, 4PM PT, each battle in the Lord of Light dungeons has a chance of dropping Yeti Currency. Collect 200 and you can redeem them in the Event Store for your very own 4⭐Assassin Yeti! You can see your current currency amounts by checking the Event tab in the Challenge menu and the Event tab in Store!

The Yeti joins the cast as a new 4⭐Assassin in Legacy of the Beast. Unlock this ancient beast of legend and smash your way through your opponent’s defenses. This indomitable beast Taunts his enemies and grows stronger every time he takes damage!

Note: At the end of this ally event, any unspent Currency will be automatically converted into Lilith Soul Fragments at a 10% rate. See our Event Currency guide for more details on the system overall:

This 4⭐Ally event will also feature 4 Event Challenges which will reward a variety of items including XP Shards, Frontier Keys and Equilibrium Fragments.

Extra Yeti Currency can score you Snow Talismans and Cosmic Past Talismans!