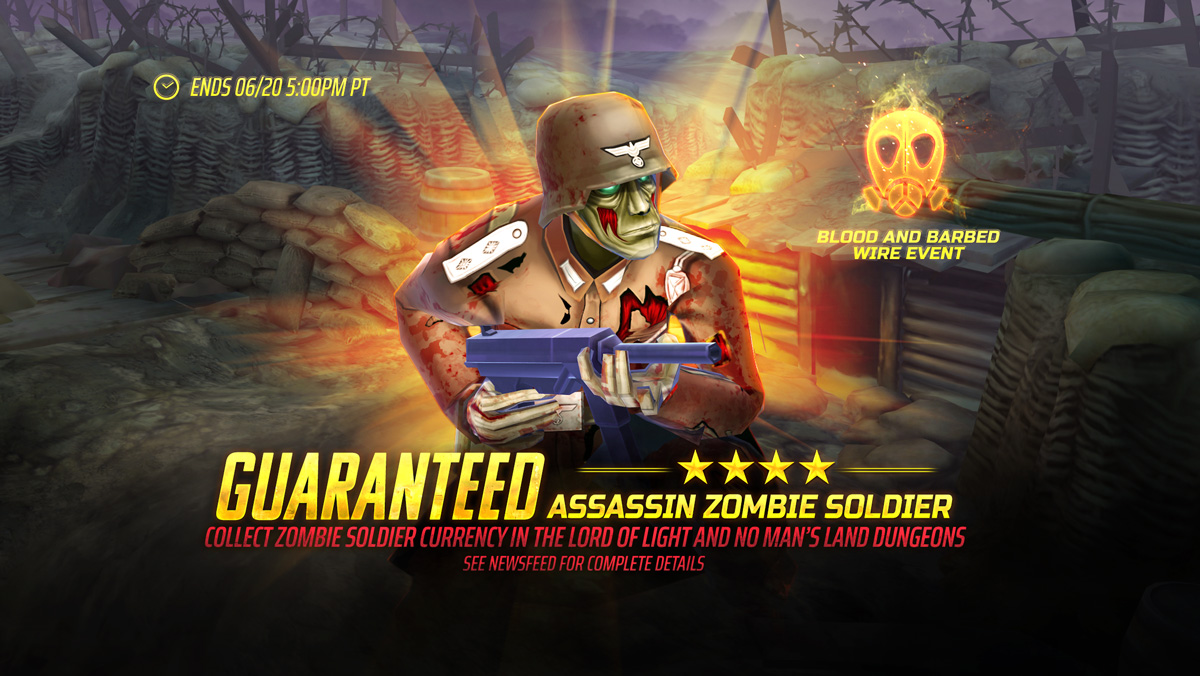 Posted at 17:00h in Uncategorized by Cruz Rodriguez

Crush the Lord of Light and battle in the No Man’s Land Dungeon for event currency to earn a guaranteed 4⭐ character!

The Zombie Soldier joins the cast as a new 4⭐Assassin in Legacy of the Beast. This gruesome battlefield ghoul can withstand punishing assaults with his passive ability Undead Fortitude. This passive makes him Immune to Permadeath, gives him Endure for the duration of battle and has a 30% chance to revive him should he die!

Note: At the end of this ally event, any unspent Currency will be automatically converted into Lilith Soul Fragments at a 10% rate. See our Event Currency guide for more details on the system overall:

This 4⭐Ally event will also feature 3 Event Challenges which will reward a variety of items including XP Shards, Frontier Keys and Warfare Currency.

For the duration of this event, the Lord of Light dungeons also have the following changes: