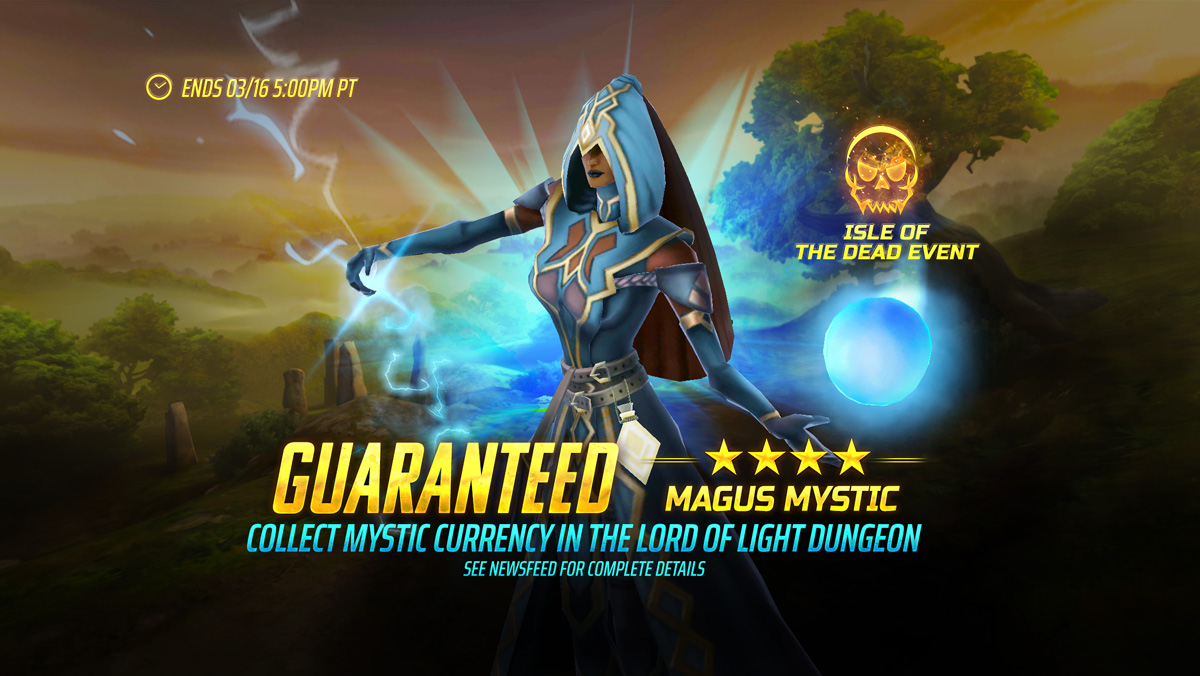 From now until March 16th at 5PM PT, each battle in the Lord of Light dungeons has a chance of dropping Mystic Currency. Collect 200 and you can redeem them in the Event Store for your very own 4⭐Magus Mystic! You can see your current currency amounts by checking the Event tab in the Challenge menu and the Event tab in Store!

The Mystic joins the cast as a new 4⭐Magus in Legacy of the Beast. This wise Magus is the ultimate team reviver! Their power attack, Prophetic Seal, Revives and heals all allies while inflicting Seal on all enemies.

This 4⭐Ally event will also feature 3 Event Challenges which will reward a variety of items including XP Shards, Frontier Keys and Lost Souls Currency.