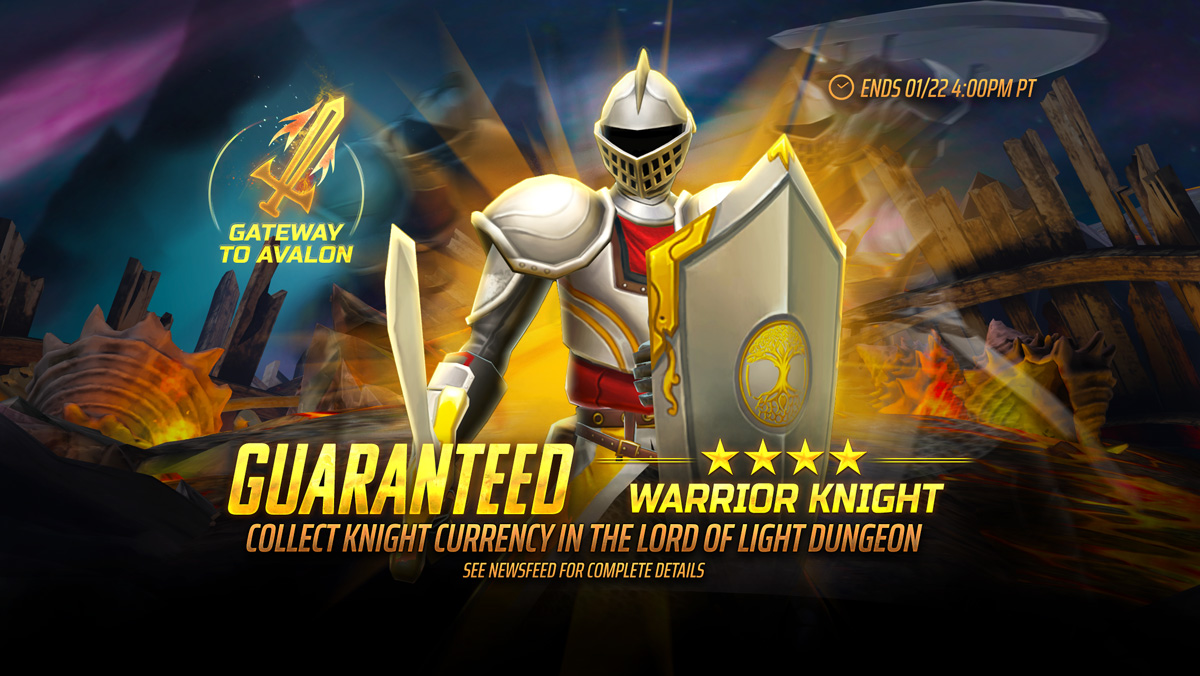 From now until January 22nd, 4PM PT, each battle in the Lord of Light dungeons has a chance of dropping Knight Currency. Collect 200 and you can redeem them in the Event Store for your very own 4⭐Warrior Knight! You can see your current currency amounts by checking the Event tab in the Challenge menu and the Event tab in Store!

The Knight joins the cast as a new 4⭐Warrior in Legacy of the Beast. This noble warrior supports his team with targeted physical attacks. His passive The Code of Chivalry gives him Sacrifice status at the start of battle, and will give Immunity to specific effects to all allies if he is paired with King Arthur Eddie, or the Sentinel Knight.

This 4⭐Ally event will also feature 3 Event Challenges which will reward a variety of items including XP Shards, Frontier Keys and Eternal Essence Currency.

Eternal Essence is the event currency of the Gateway to Avalon Event.

You can learn more about this month’s featured event in the Gateway to Avalon event post here!

The Cosmic Paranoia Talisman provides an exclusive bonus when equipped to Fear of the Dark Eddie and upcoming characters: Dark Road Eddie, X-Factor Eddie and The Edless Horseman. This Talisman increases stats in battle, and reduces incoming damage. It will also make the wearer: