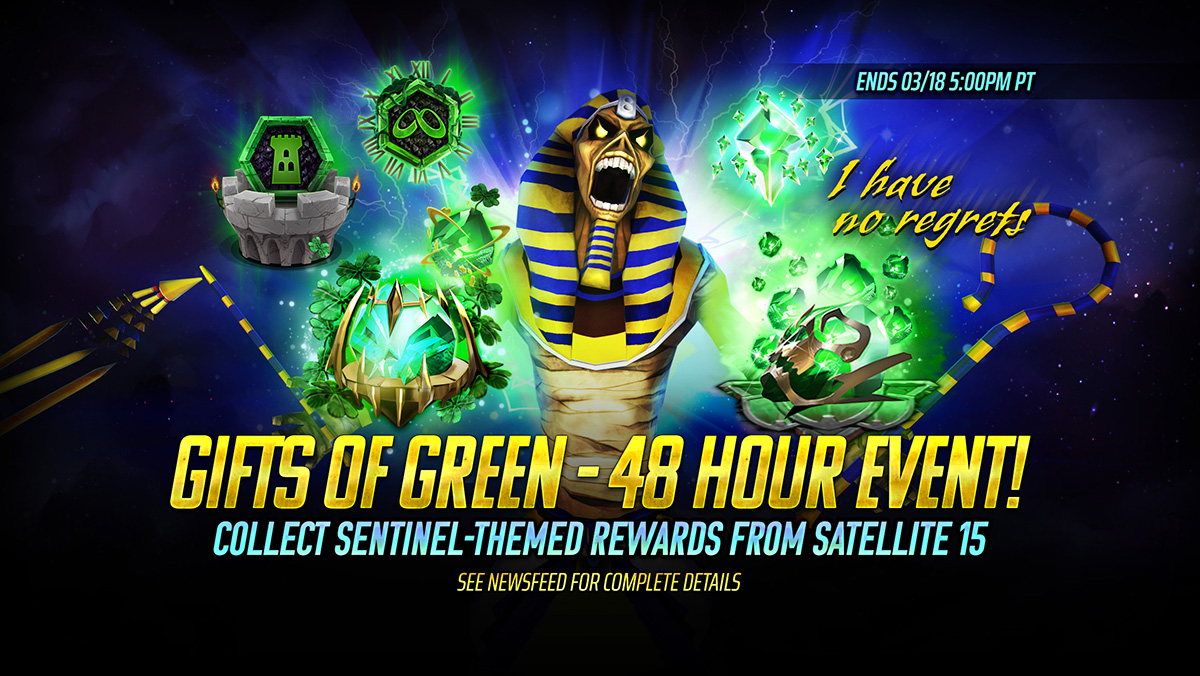 During this event, Satellite 15 will still grant regular rewards like Ironite, Gold, Sands of Time/War and Skill Shards; however, all Souls and XP items will be Green!

There will also be a number of powerful Sentinel Talismans that have a chance to appear including: