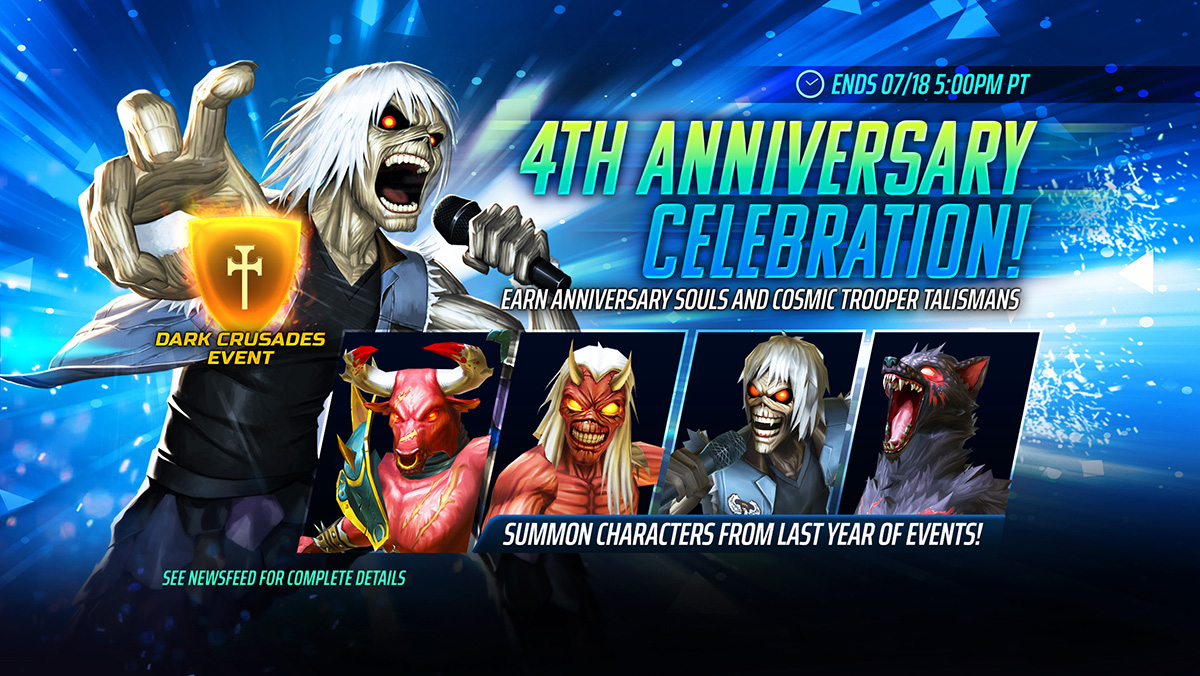 Legacy of the Beast is 4 years old!

From now until July 18th at 5PM PDT, complete both regular and Clan event challenges to earn rewards such as Anniversary Souls, Brigade Fragments, Martyr Fragments and more!

The Anniversary Soul is a limited time event soul which guarantees a 3★ to 5★ non-exclusive character released in the past year (excluding any characters featured in the Frontier Coin Store)! You can earn up to 10 Souls from our event challenges, and get more for Ironite in the Event Store!

Completing event challenges will also give you a full set of seasonally available Rebellion Talismans!

Rebellion Talismans grant Immunity to Silence and Perfect Silence. They will also provide a 20% chance to remove all Silver effects from self and a random ally when you take damage.

From now until July 18th at 5PM PDT, the following 2 bonuses will be active in the Time Rift!