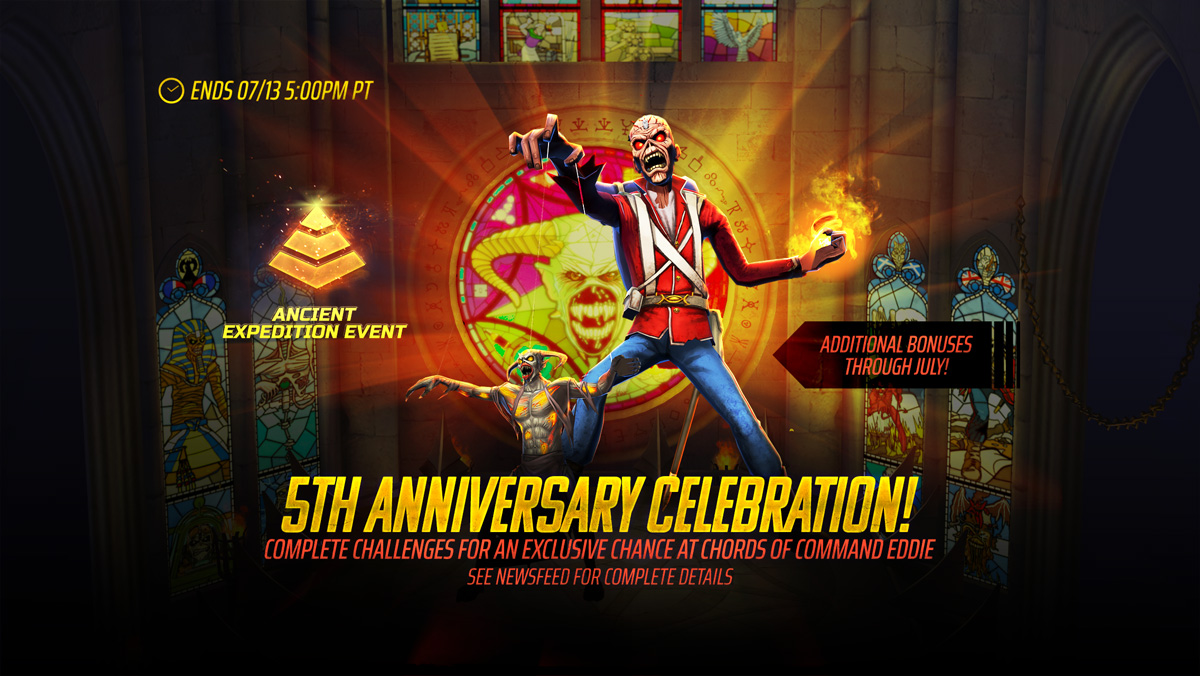 Legacy of the Beast is 5 years old! Celebrate and collect rewards throughout the game!

Figurine Parts can be traded in store for Yggdrasil Talismans and Cosmic Good & Evil Talismans!

From now until July 31st at 5 PM PT, a special event calendar is available! **Every day you log in will earn you a free reward from this calendar, with a massive pile of goods earned on the final day. Be sure to login in all 12 days in order to earn a total of 10 Anniversary Souls!

The Anniversary Soul is a limited time event soul which guarantees a 3★ to 5★ non-exclusive character released in the past year (excluding select holiday characters and any characters featured in the Frontier Coin Store)! These Souls are only earnable from the Anniversary Calendar.

From now until July 31st at 5PM PDT, the following bonuses will be active!