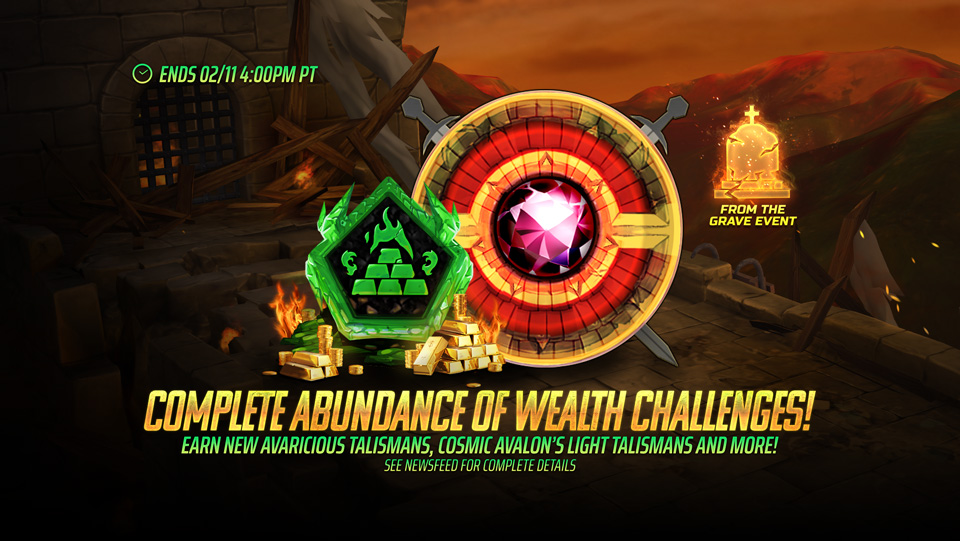 The Avaricious Talisman is a green talisman with a 5-set effect. Equip these talismans to gain the following abilities:

Buried Treasures is the event currency of our From the Grave event running until March 1 4pm PT.