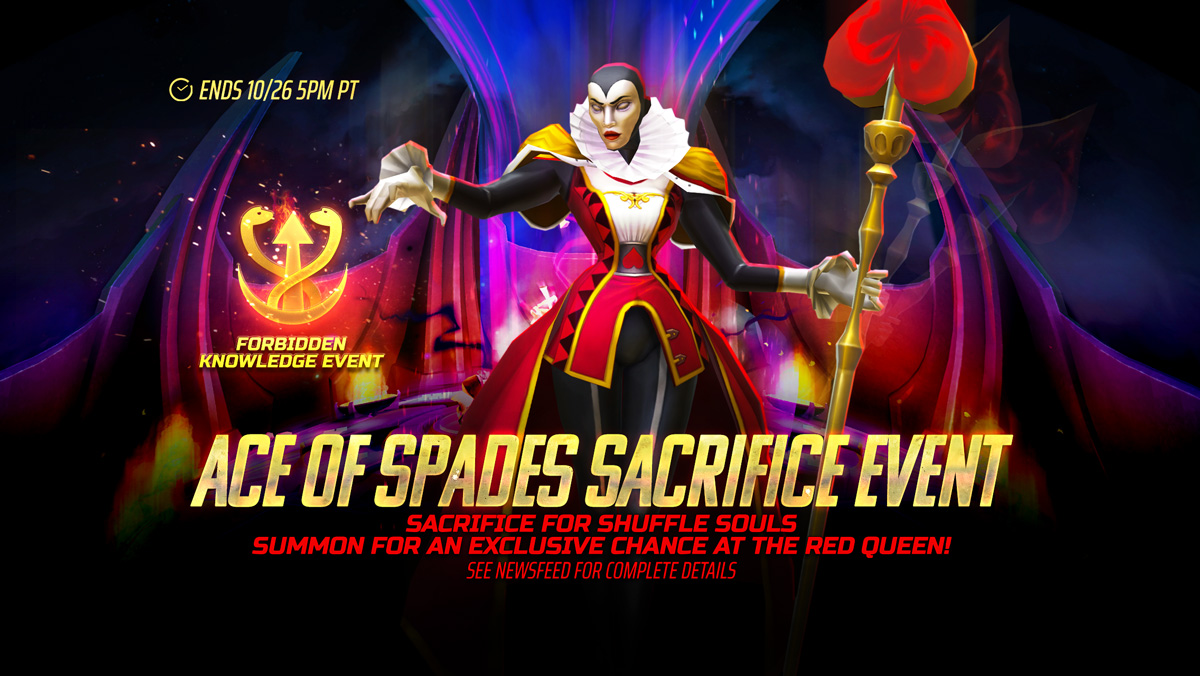 From now until October 26th at 5PM PT, earn bonuses from each tier of Sacrifice, in addition to normal sacrifice rewards.

The Shuffle Soul is a limited time event soul which guarantees a 3★ to 5★ character of any class. It also has an EXCLUSIVE chance of summoning 5★ The Red Queen.

Don’t try your luck! The Red Queen will answer your attacks with cruel precision. Her Passive ability, Queen of Hearts, gives her a 50% chance to counterattack when your team takes damage, and if any of her stats are reduced, her attack power will increase by 50% each turn. If you dare to hit her, The Red Queen will inflict Cleave for 9 turns on attacking enemies!

Get full character details in the Compendium

Please note that The Red Queen is not currently available in any other souls. If you miss your chance to recruit her, it may be a very long time until you get another chance!

Complete both solo and Clan Challenges to earn a variety of rewards including various Awakening Shards, Haunted Pumpkins and Equilibrium Fragments.