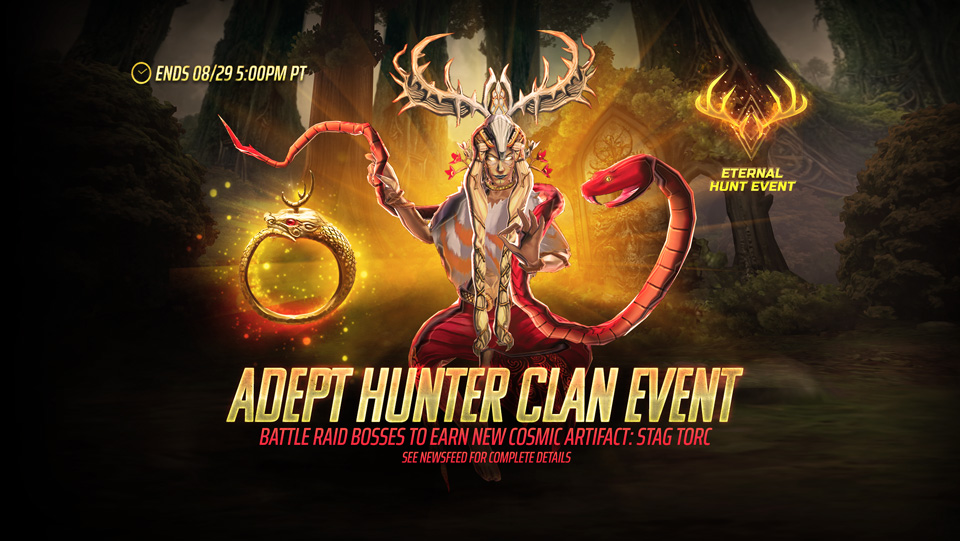 BONUS: Otherworldly Provisions are also dropping as a reward in Raid Boss battles. Otherworldly provisions will drop in amounts of 50, 100, 150 or 200!

The Stag Torc is a powerful item that gifts the Gaea’s Power ability to its wearer. This artifact should be equipped to any of the following characters: Cernunnos, Pan Elder Caretaker, Ragnar, Winter’s Guardian Ragnar, Varcolac, Eostre Spring’s Angel, Hogmanay Eddie, Clansman Eddie or Berserker.

Stag Torc does the following:

The effects of Gaea’s Power can only be used once on your team per battle.