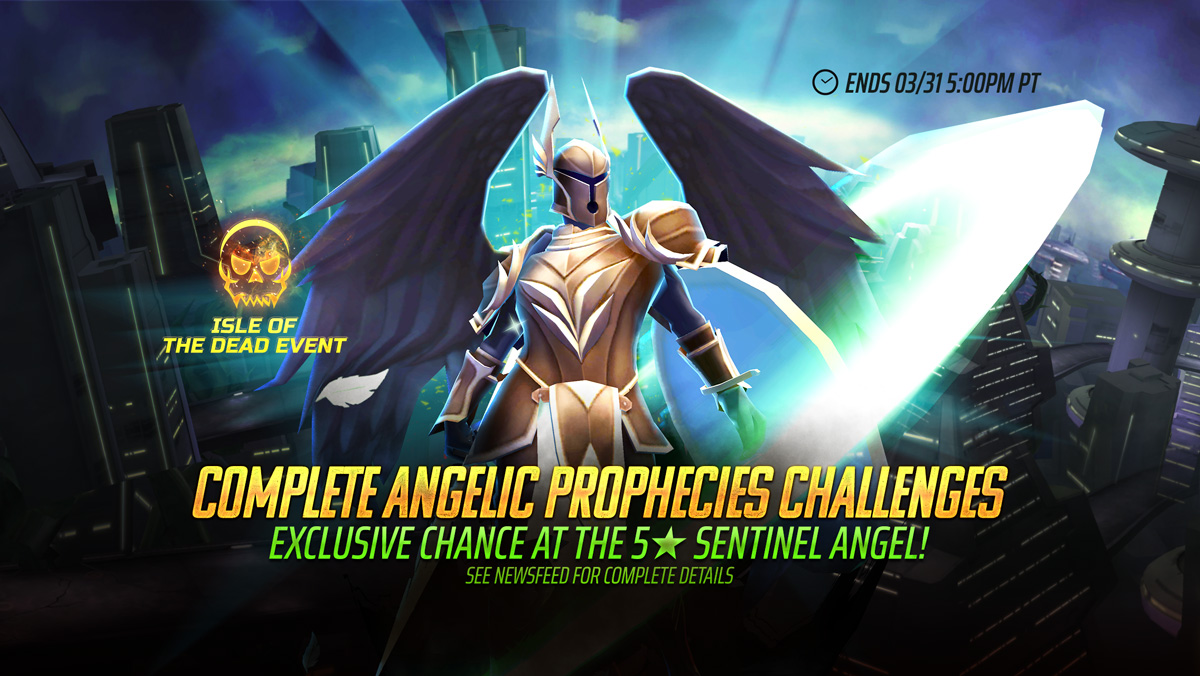 Protect Avalon at all costs! The 5★ Sentinel Angel strikes enemies down with true damage and gives your allies Perfect Vanish should they be affected by any negative effects at the start of your turn! Pair this ally with the Gunner Angel or Gabriel and you’ll gain +2 Power after each action!

IMPORTANT: Angelic Prophecies is the FINAL Isle of the Dead associated event. Once this event ends you will no longer be able to collect Lost Souls Currency!

The Unveiled Soul is a limited time event soul which guarantees a 3★ to 5★ character of any class and has an EXCLUSIVE chance of summoning 5★ Sentinel Angel.