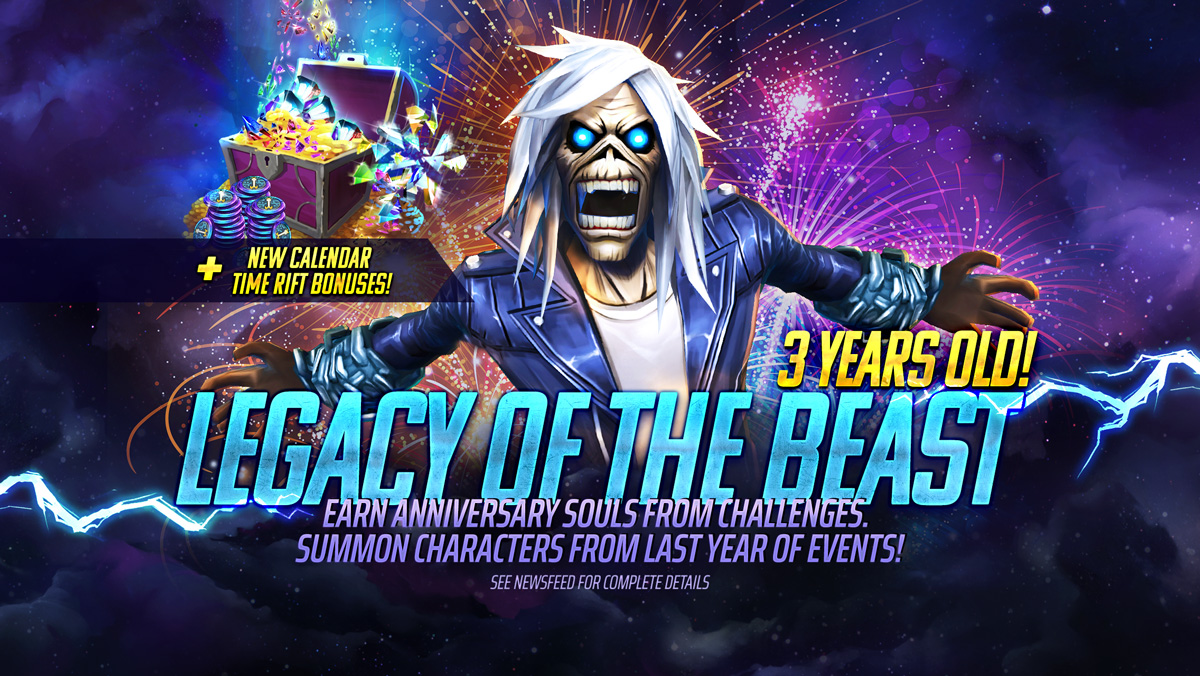 Celebrate Legacy of the Beast’s third anniversary with bonuses and freebies!

We wanted to kick of July with a bunch of extra stuff. This takes three forms: an extra login calendar of freebies, new event challenges and Time Rift bonuses!

From now until July 31st, 5 PM PT, a special event calendar is available! Every day you log in will earn you a free reward from this calendar, with a massive pile of goodies earned on the final day!

Please be aware that a “day” for our game starts and ends at 5 PM PT (the same time when many other features reset themselves). You’ll need to log in on 12 different days across this month to get all rewards before the calendar goes away. Additionally, these rewards are in addition to other login bonuses (like our usual 24 day monthly calendar).

The Anniversary Soul is a limited time event soul which guarantees a 3★ to 5★ character of any class, but unlike most other souls that drop characters of those rarities, this soul will only reward characters that have come out since our last anniversary!

That includes all of the following:

Please note that the soul does not include many characters which are considered feature- or content-specific characters (including, but not limited to, The Ferryman, Baroness Redan, Number of the Beast Eddie, Killers Eddie etc.).

From now until July 11th at 5PM PDT, the following 2 bonuses will be active in the Time Rift!