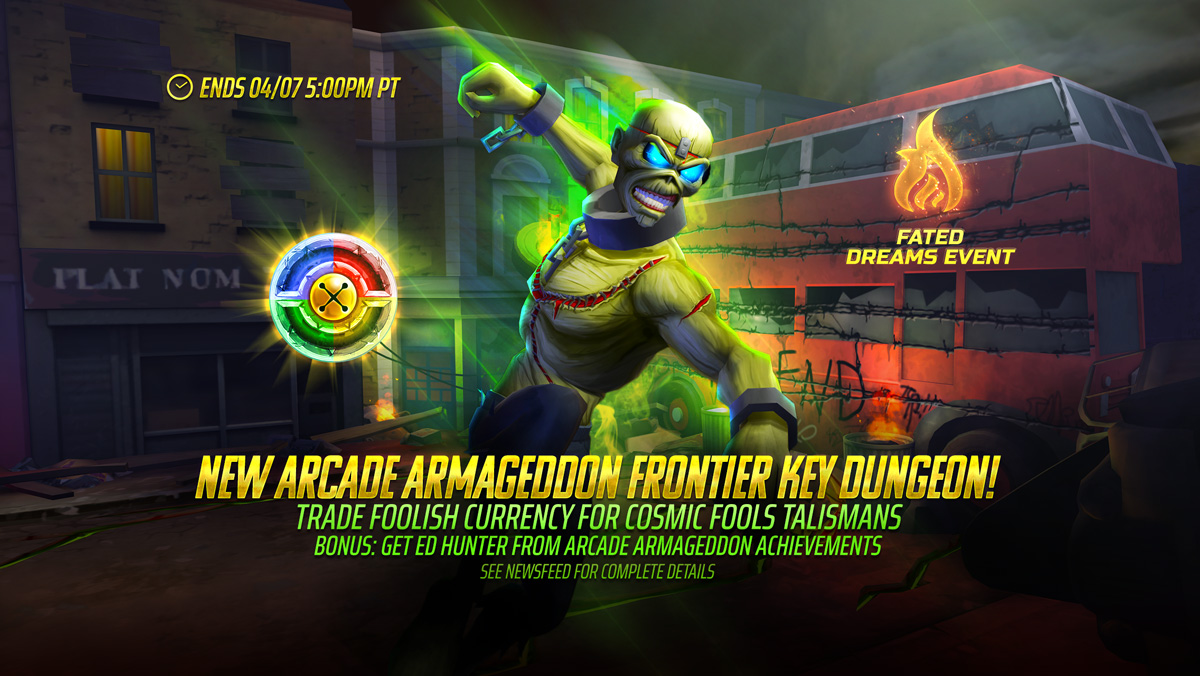 From now until April 7th at 5PM PT, complete Event Challenges in the Arcade Armageddon Dungeon to earn a variety of rewards, including Foolish Currency, Talisman Soul Fragments, Nightmare Currency and more!

Foolish Currency can be traded in store for Cosmic Foolish Talismans, Firestorm Talismans and Rush Talismans.

Cosmic Fool’s Talismans are April Fool’s themed and will grant a series of unexpected effects! There are 5 possible variations, and each variation will have 3 set effects. The set effects will change every time the Cosmic Talisman is evolved. It’s less costly to evolve these special talismans and if you keep evolving up you will loop back to the original set effect you started with.

The total cost to evolve these talismans each time is as follows:

You can learn more about this featured event in the Fated Dreams event post!

Once it is unlocked, the Arcade Armageddon Dungeon will be open for only 1 hour total. There are no limits on how many times the dungeon can be played within that time frame. This dungeon is restricted to Sentinel and Magus characters that are natural 3★ rarity or lower.

All subsequent victories are guaranteed to provide XP Runes, as well as a chance of bonus rewards, including Artifact Talismans, and Moon Talismans.

**IMPORTANT: If you summon another Arcade Armageddon Frontier Key Soul while the corresponding Dungeon is already open you will refresh that dungeon’s countdown timer.