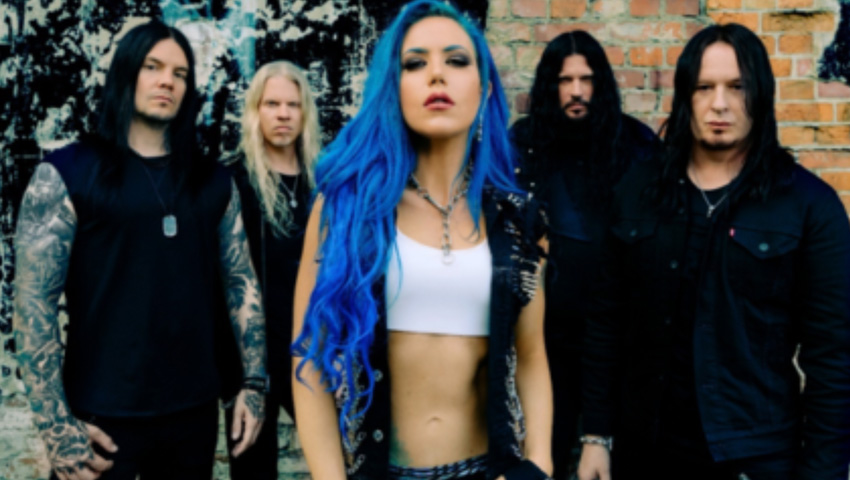 Posted at 09:19h in Press by Cruz Rodriguez

Iron Maiden: Legacy of the Beast wanted a character that would fit perfectly into a story with Doomsday Eddie, a post-apocalyptic warrior whose portents of global annihilation went unheard (based on Iron Maiden’s classic track “2 Minutes to Midnight” from their legendary 1984 album Powerslave). The result of this collaboration is a week-long event called ‘Atomic Sunset’. The Queen Beast character is influenced by ARCH ENEMY‘s upcoming single and video for “Sunset Over The Empire“, which will both be released soon, on May 20th.

The single can be pre- ordered as a very limited 7inch and pre-saved on digital platforms here: https://archenemy.lnk.to/Deceivers
When asked about hearing Iron Maiden for the first time, ARCH ENEMY Bassist Sharlee D’Angelo said, “I first heard of Maiden through a compilation album called Metal for Muthas – then a couple of months later I saw them in concert and it blew me away because I’ve never seen a band with that kind of energy and musically it was just, like nothing I’ve ever heard before.”

Lead singer Alissa White-Gluz added, “I find that their stage performances and personas really inspire me too. I remember one of the first times I saw them (IM) perform and I saw Bruce Dickenson basically do a flying jump, over the monitors while singing and landing on his knees in front of the crowd – and I thought what an amazing frontman he is…running around on stage, no matter the song, keeping the notes – I knew that I wanted to be a front person who also puts on a super wild show like that!!”