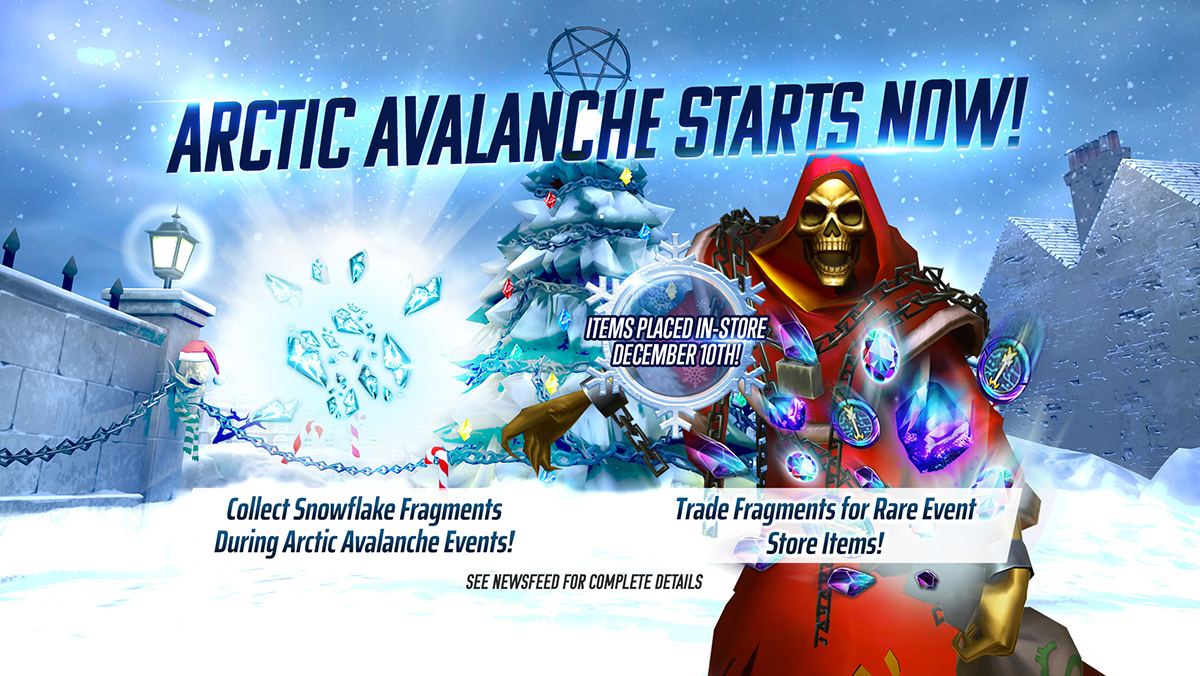 The Arctic Avalanche is a series of events that will run through the holiday season. These events will all grant the exact same fragment type – SNOWFLAKE FRAGMENTS!

There will be a total of 8 Arctic Avalanche associated events, and our upcoming Christmas Calendar which will award Snowflake Fragments.

Events where you are earn Snowflake Fragments are as follows:

Snowflake Fragments can be used in 2 ways!

1) Trade them in Store for Rare Rewards

Throughout the course of the Arctic Avalanche you will be able to collect Snowflake Fragments which can be traded in for unique items in the Events Store such as Frontier Coins, Catalyst Souls, Awakening Souls, an exclusive new character and MORE!

These offers will be added to the event store with our December 10th update! We’ll update this post with the offerings and how long you have to purchase them once they are live!

The Snowflake Soul is a unique item that contains a variety of Currency, Blizzard Soul Fragments with chances of holiday characters, Evo Runes, and Awakening Shards.

Each Snowflake Soul opened GUARANTEES:
10 Blizzard Soul Fragments (details below)
A Currency or Sand reward (Gold, Ironite, Sands of Time OR Sands of War)
1 character, with a chance for Hell Dice, a Wickerdeer (Sentinel, Gunner Assassin) or a Snowman (Warrior or Magus)

Snow Talismans are blue talismans with a 3-set effect. Equip them to gain a Snow Shield for 2 turns at the start of battle. This set also grants the wearer Immunity to Freeze, Stun, and Taunt effects.

In addition to guaranteeing 10 Blizzard Soul Fragments with each summon, Snowflake Souls also reward the following: 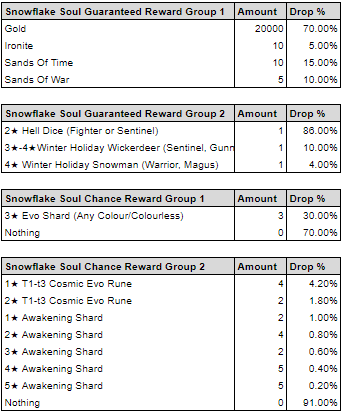