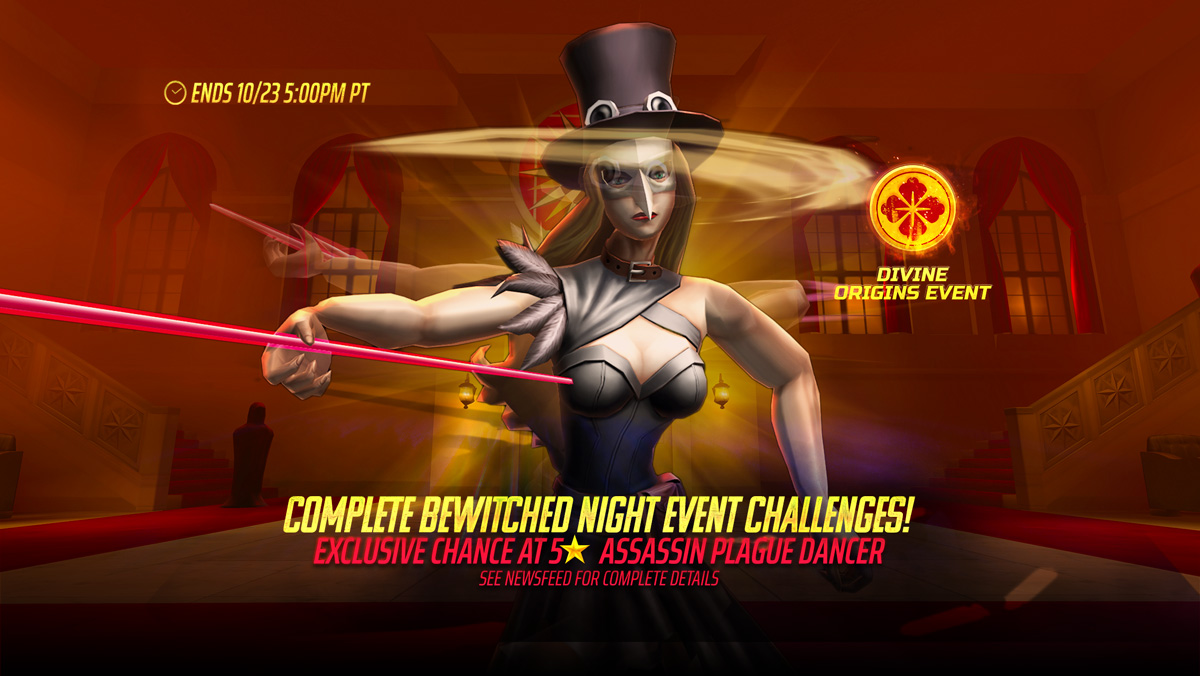 Each movement, a work of art. Each step, closer to the finale of the Performance.

The Plague Dancer takes the stage- showing their talents as they perform their Dance Fatale which will surely torment and delight their foes in equal measure. The Dancer starts the Performance, and will build upon it until at last, their performance ends with a final bow. Bring multiple Dancers to accelerate to the finale of the Performance, annihilating your enemies in the process.

Dancers Flames are the event currency for the Bewitched Night event and can be traded for in-store for 1, 3 and 10 packs of Unending Performance Souls, Runic Talismans and Cosmic Pharaoh Dog Talismans.