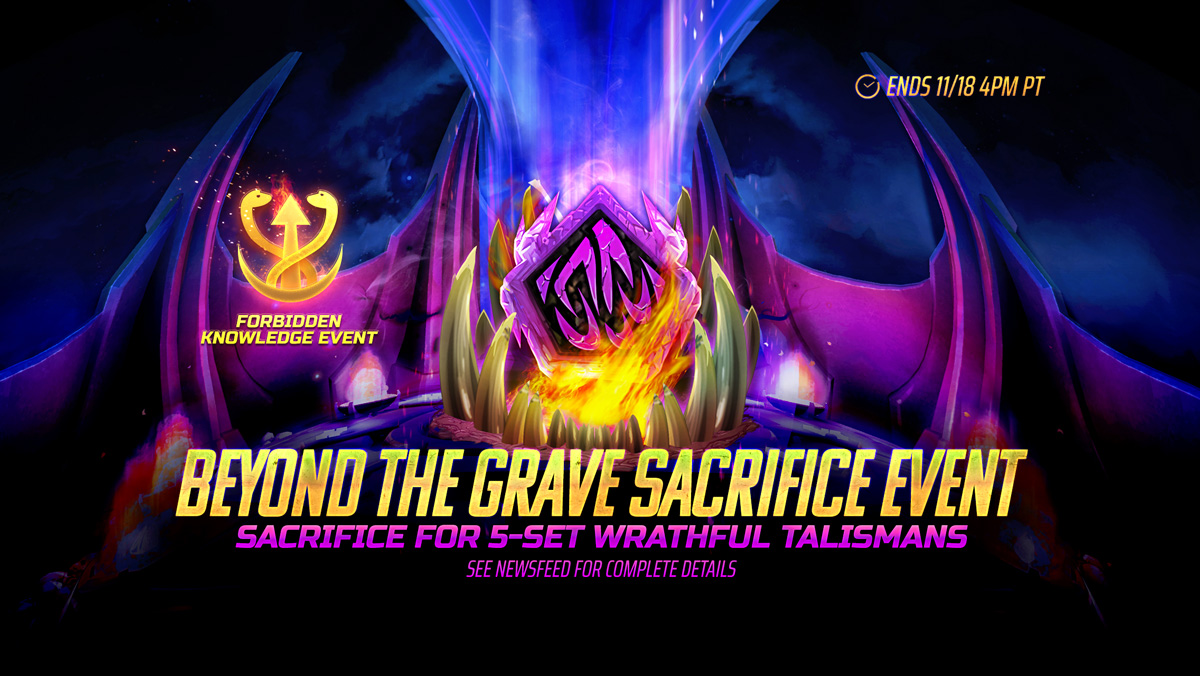 11 Nov Beyond the Grave – Sacrifice for new Wrathful Talismans!

From now until November 18th at 4PM PT, earn bonuses from each tier of Sacrifice, in addition to normal sacrifice rewards.

Cannot take more than 10% of MAX HP as damage from any single attack. All enemies take 100% Increased Damage for 1 turn if you are not at full HP at the start of your turn after the first round of battle. Remove All Negative Effects, including Silver effects, from self, Heal self to full HP and gain 100% Increased Damage for 2 turns whenever an ally or enemy dies for the first time in battle. Gain a Random Offensive Effect, including Golden effects, for 1 turn when you take damage. 50% Chance to counterattack when anyone on your team takes damage. 35% Chance to gain an Extra Turn after every action if you are not at full HP.