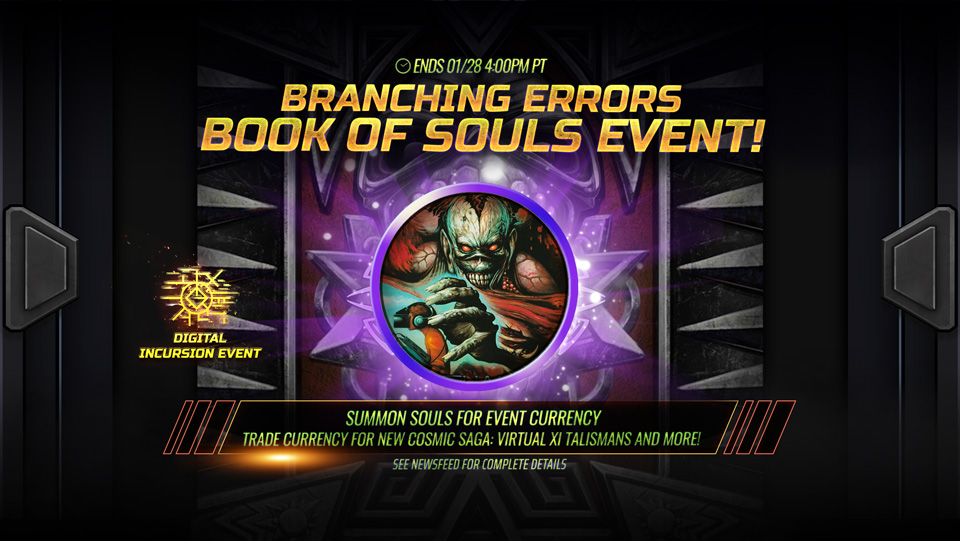 Posted at 16:00h in Blog, News by Calavera Catrina

From now until January 28th at 4PM PDT, every non-Heroic and non-Talisman Rare, Epic, Legendary and Mythic Soul you open in the Book of Souls, regardless of where you earned it (Skull Quests, bought from Store, earned from Sacrifice, etc) will give you a guaranteed bonus of Digital Spheres Event Currency.

The Cosmic Saga: Virtual XI Talisman is a special talisman that will only activates on Virtual XI album characters including:

**Note – Heroic Souls and Talisman Souls will NOT give Digital Spheres during this event: 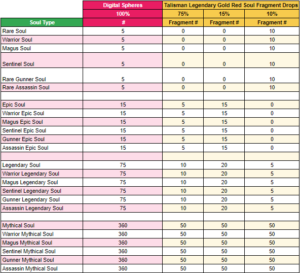