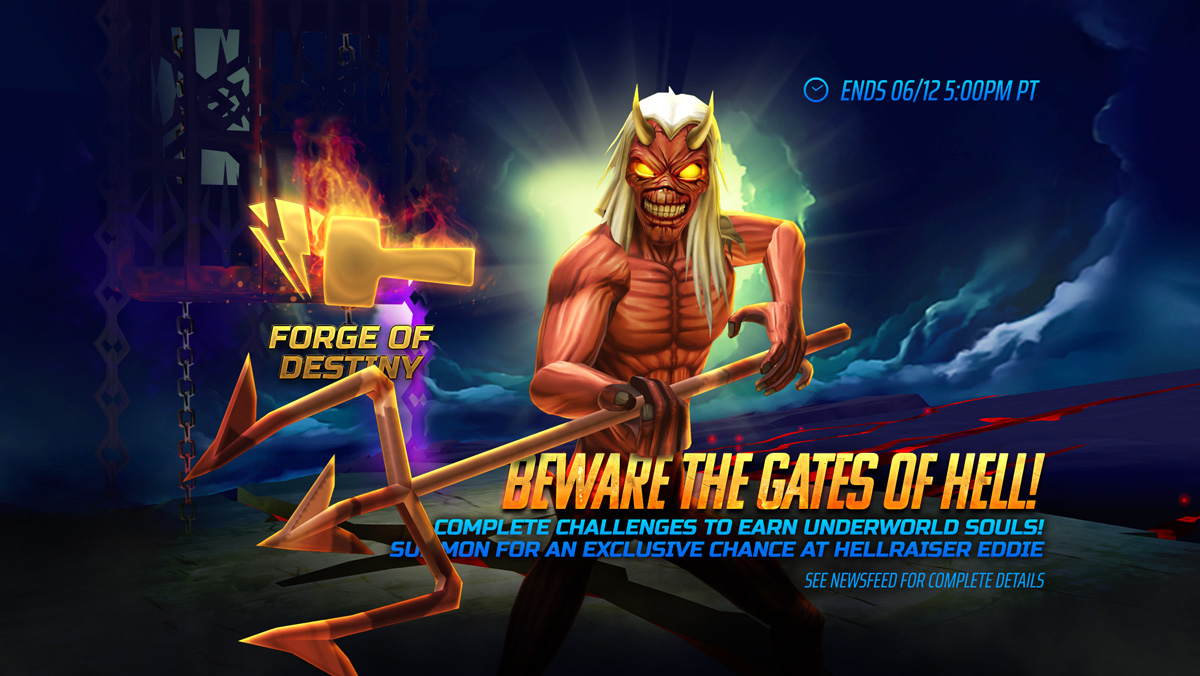 05 Jun Brawl with Bosses for a chance at Hellraiser Eddie!

It’s time to raise some hell!

Hellraiser Eddie is a 4★ Warrior who strikes with the fury of the underworld! This masochistic devil deals both physical and magical damage while eating away at his enemies with negative status effects. Head to the Compendium to learn more!

You can learn more about this Mega event in the Forge of Destiny event post here!