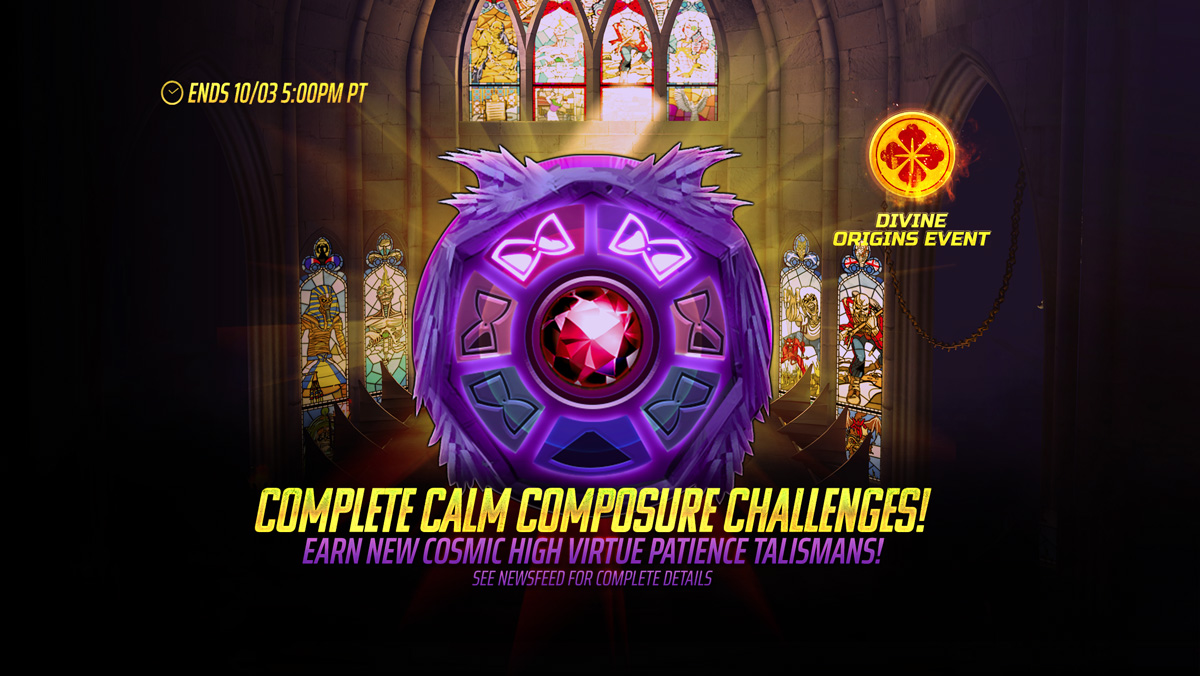 From now until October 3rd at 5PM PT, complete event challenges in the Arena and Gauntlet for rewards including Virtuous Currency, Iron Coins, Heavenly Currency and more!

If another Talisman effect or Character Passive is disabled by this Talisman, gain the following:
• Whenever an ally dies for the first time each turn, heal all other allies up to MAX HP and remove all negative effects, including Silver effects, from them. Whenever an ally takes damage, if their HP is 50% or lower, grant Force Shield to them for 1 turn.

If no Talisman effects or Character Passives are disabled by this Talisman, gain the following:
• Grant immunity from negative effects, including Silver effects, for 2 turns and immunity to all damage for 1 turn to all allies at the start of battle. When you reach 1 HP for the first time, heal up to MAX HP, inflict Unblockable Stun for 1 turn on all enemies and gain ‘grant a random Damage Block Shield to each ally for 2 turns at the start of your turn’.