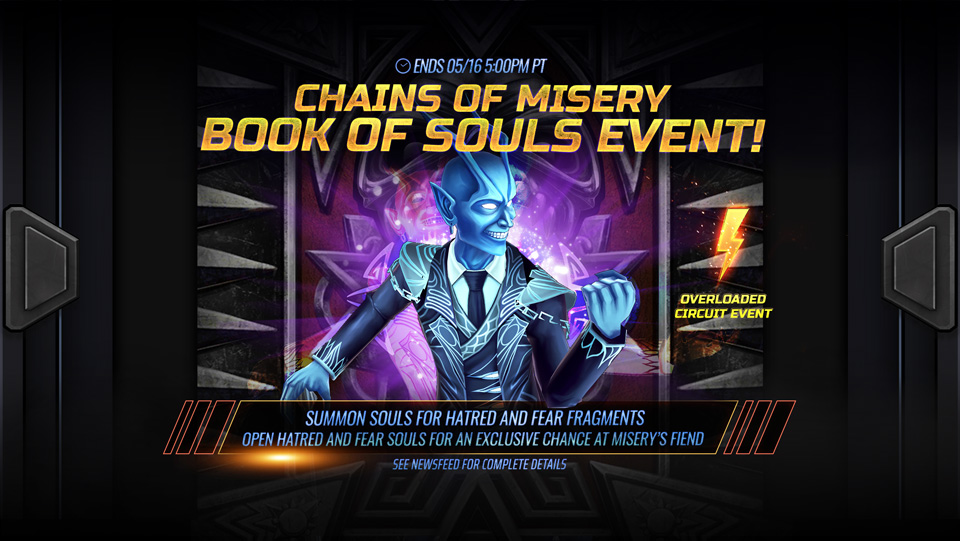 From now until May 16th at 5PM PDT, every non-Heroic and non-Talisman Rare, Epic, Legendary and Mythic Soul you open in the Book of Souls, regardless of where you earned it (Skull Quests, bought from Store, earned from Sacrifice, etc) will give you a guaranteed bonus of Hatred And Fear Soul Fragments.

Hatred And Fear Soul Fragments can be made into Hatred and Fear Souls, or traded in store for Cosmic Desert Deity Talismans, various Awakening Shards, Space Time Amulets and more!

**Note – Heroic Souls and Talisman Souls will NOT give Hatred And Fear Soul Fragments during this event: