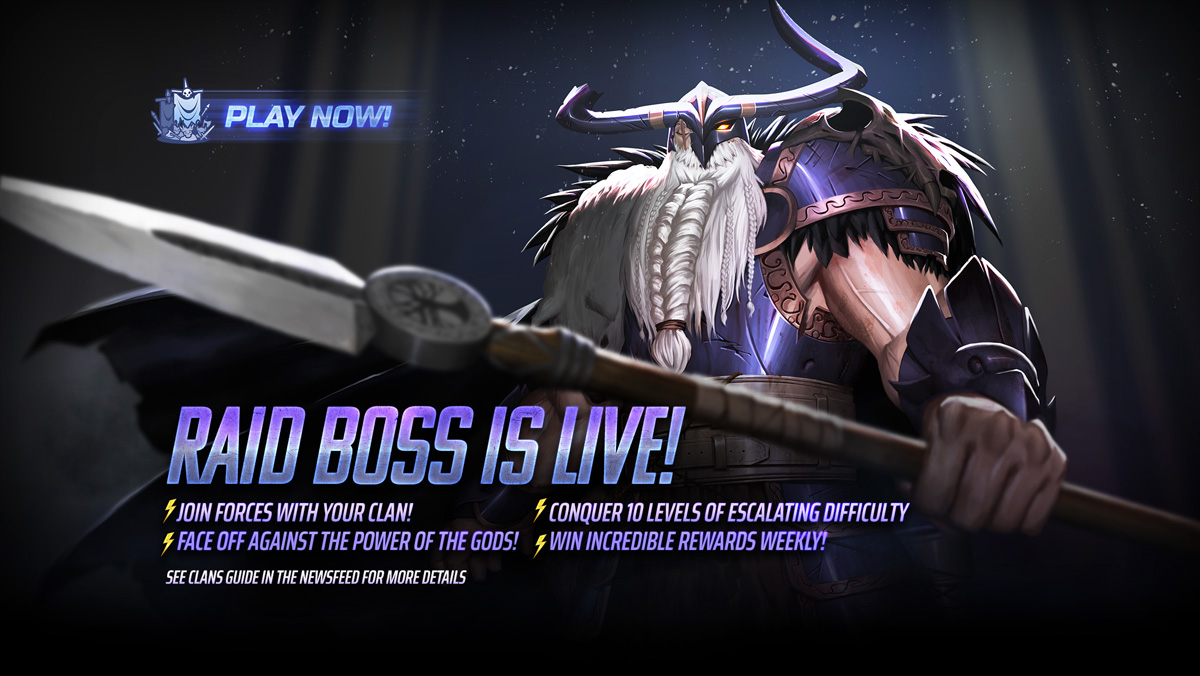 Face off against the power of the Gods!

Each Raid Boss battle has 10 dungeon levels of escalating difficulty! Your Clans strength will be put to the test as you work together to take down the Allfather himself! Battle Odin now, and keep an eye out for additional Raid Boss and Clans content in future releases.

Each Raid Boss battle will reward your Clan with Raid Points. The amount of Raid Points you collectively earn will dictate your Clan’s weekly reward!

You have 1 week to collect your Raid Points! All weekly rewards will be distributed the next time you enter the Clans hub after the weekly reset (resets occur Tuesdays at midnight UTC)

Use the chat feature to strategize and coordinate with your Clan Members on Raid Boss battles to maximize your talents.