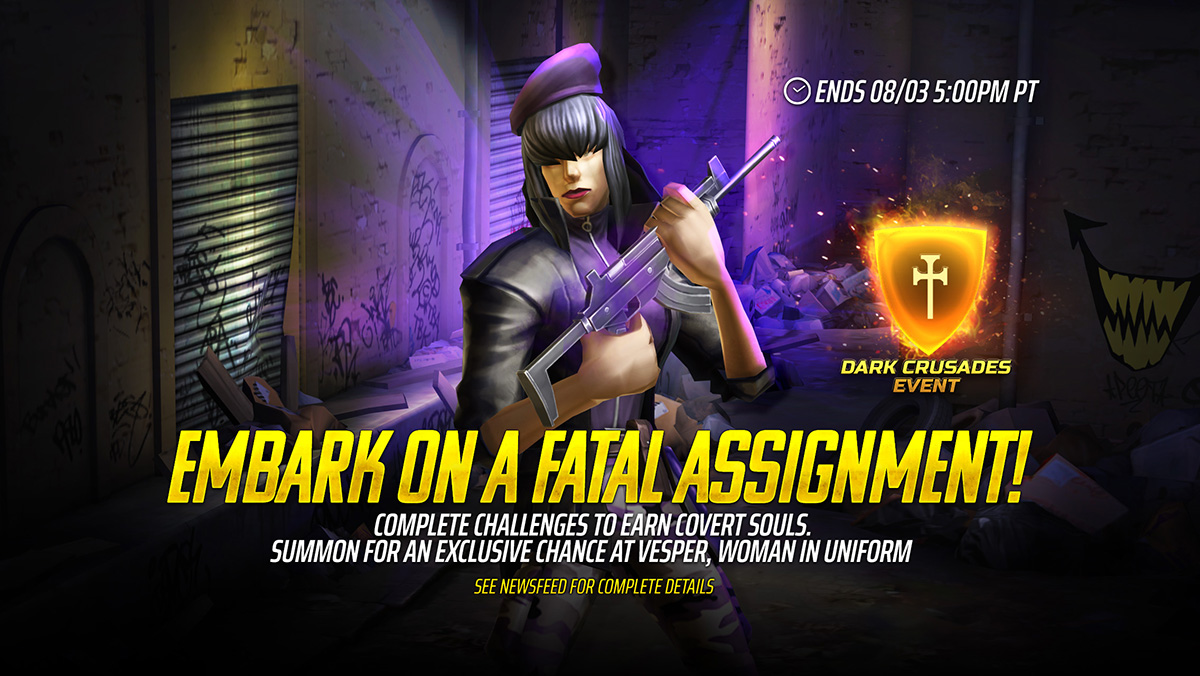 27 Jul Complete Challenges for an Exclusive Chance at Vesper, Woman in Uniform!

Vesper, Woman in Uniform is an Assassin with an ice cold resolve who becomes even more deadly under pressure. Her passive ability makes her immune to most negative effects and also gives her 100% Armor Penetration and 100% Increased Damage if she has a Time Bomb effect active on her. Get full character details in the Compendium!

From now until August 3rd at 5PM PDT, complete event challenges in various areas of the game to earn rewards such as Martyr Fragments, Iron Coins, Evo Materials, Covert Soul Fragments and more!

Martyr Fragments are the event currency of the Dark Crusades Event.

IMPORTANT: Fatal Assignment is the FINAL Dark Crusades associated event. Once this event ends you will no longer be able to collect Martyr Fragments!

Please note that Vesper, Woman in Uniform is not currently available in any other souls. If you miss your chance to recruit her, it may be a very long time until you get another chance!