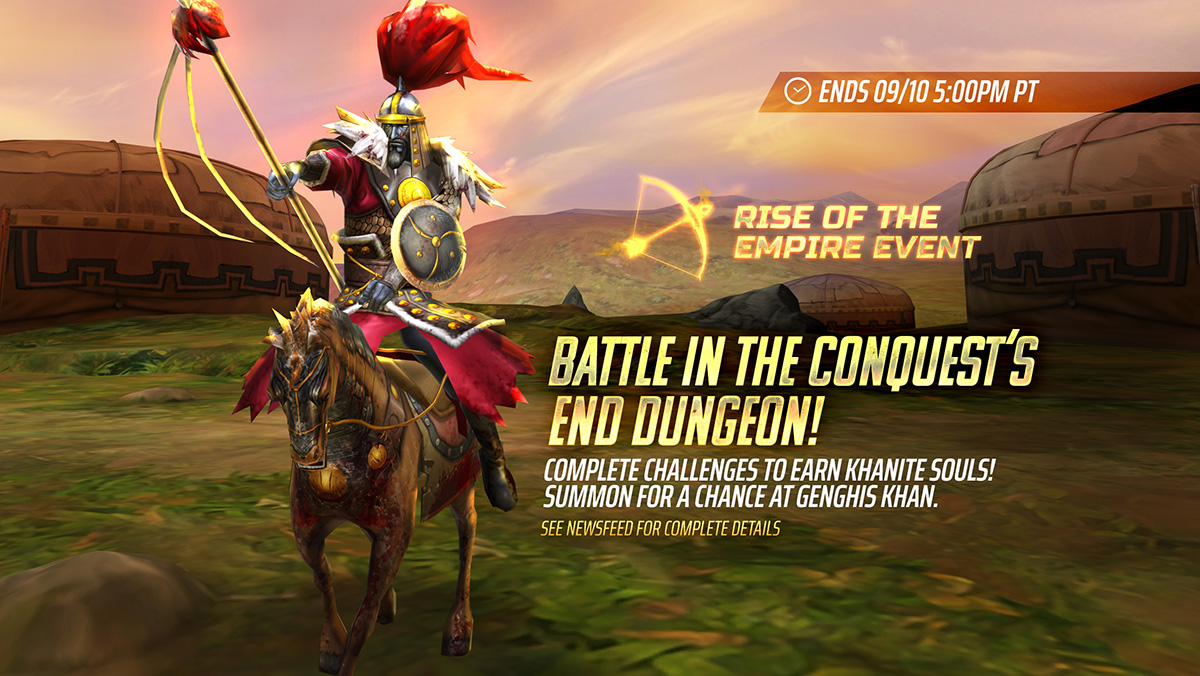 Earn the Khan himself!

Genghis Khan is a ruthless 5* Warrior who deals physical damage and comes equipped with a powerful passive that gives him a 50% chance to take no damage when attacked. When he does take damage, he has a 25% Chance to inflict Stun on attacking enemies!

From now until September 10th, 5 PM PT, ride into the war-torn plains of the Conquest’s End dungeon and face off against the Mongolian hordes! This dungeon comes with 4 difficulty settings and is packed with awesome rewards!

Khanite Souls can be earned in 3 ways:

Archer Talismans are a purple talisman with a 3-set effect. Equipping this set will do the following:

Gain Immunity to All Negative Effects, including Silver effects, for the first 2 rounds of battle. 25% Chance to take no damage and inflict a Mark on attacking enemies for 2 turns when attacked. 50% Chance to gain Perfect Hit and Accuracy up for 2 turns when you take damage.