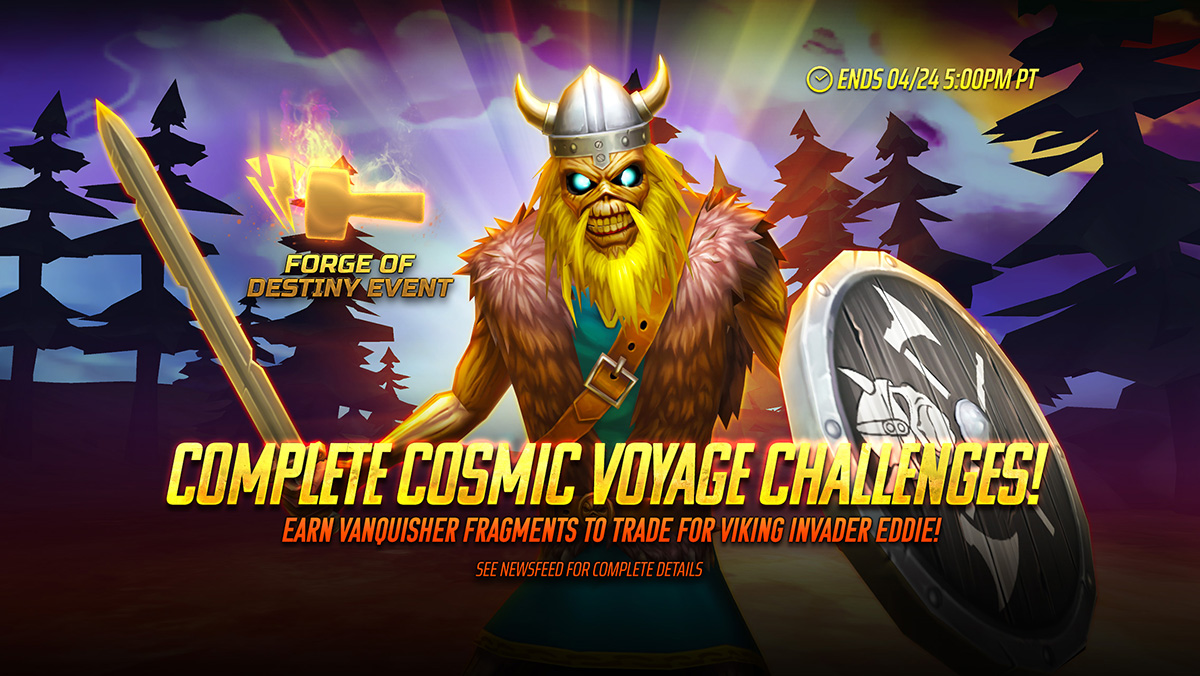 Viking Invader Eddie is making his Legacy of the Beast debut!

This character is the fully skill sharded, special edition version of Viking Eddie!

From now until April 24th at 5PM PDT, complete Clan event challenges in the Time Rift to earn rewards such as Forged Fragments, Valhalla Maiden Fragments (including Fragments for our latest Maiden – Rota!), Vanquisher Fragments and more!

You can learn more about this Mega event in the Forge of Destiny event post here!

Vanquisher Fragments can be traded for a variety of rewards including Viking Invader Eddie, Cosmic Viking Talismans and Norse Awakening Shards to power up the newly awakenable Viking Eddie!

This ability gives immunity to all Stun and Freeze effects to all allies and inflicts Taunt on all enemies! It will also give your team 5 Power and Heals Eddie every action. This passive will also revive Eddie with Full HP, grant Immortality or Endure to all allies and apply Perfect Heal Block and Perfect Death to all enemies when you die.

New Cosmic Viking Talismans can be equipped to either Viking Invader Eddie or Viking Eddie! They will increase all stats in battle, reduce incoming damage and ensure you take no damage on the first round of battle. They also give Immunity to Stun and Freeze effects, drain enemy Fury and Remove All Beneficial Effects, including Golden Effects from a random enemy and deal random damage to a random enemy for every effect removed.