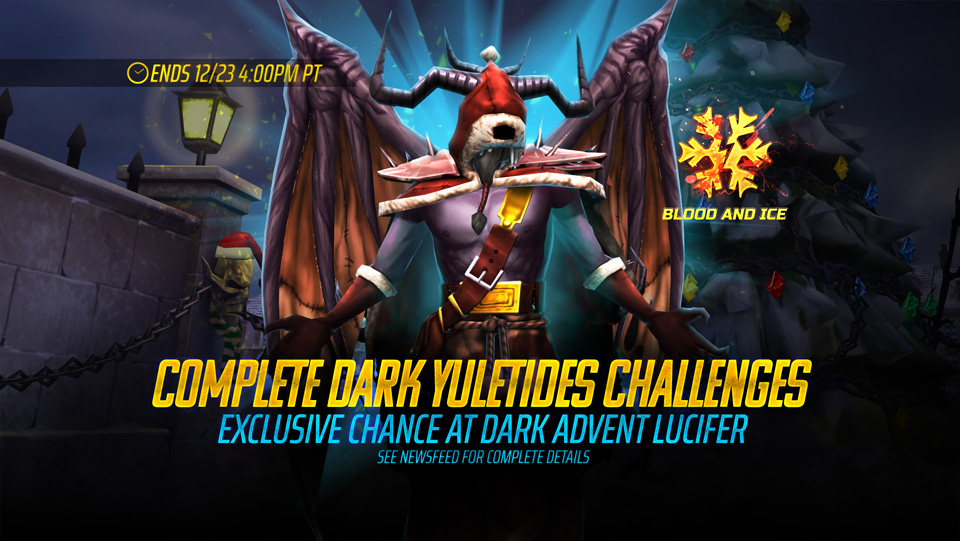 There was an angel named Lucifer
Who was a bit of a mischievous saboteur.
He donned a cloak of red,
A peculiar hat on his head.
Ruining the holidays is what he’d prefer.

Lucifer himself returns! This fallen angel is making it his goal to ruin the holiday cheer. While this incarnation of evil is left on the battlefield, enemies will be put under duress, unable to heal or revive while Lucifer’s HP is high. Ruin your foes’ Christmas by bringing this devilish Party Enhancer on your team!

The Sinister Schemes Soul is a limited time event soul which guarantees a 3★ to 5★ character of any class. This soul has a 2x chance of summoning 5★ non-highlight characters, and has an exclusive chance of summoning 5★ Warrior Dark Advent Lucifer. This soul also has the chance to give a T1-T3 Cosmic Red Archer Talisman as an additional bonus reward.