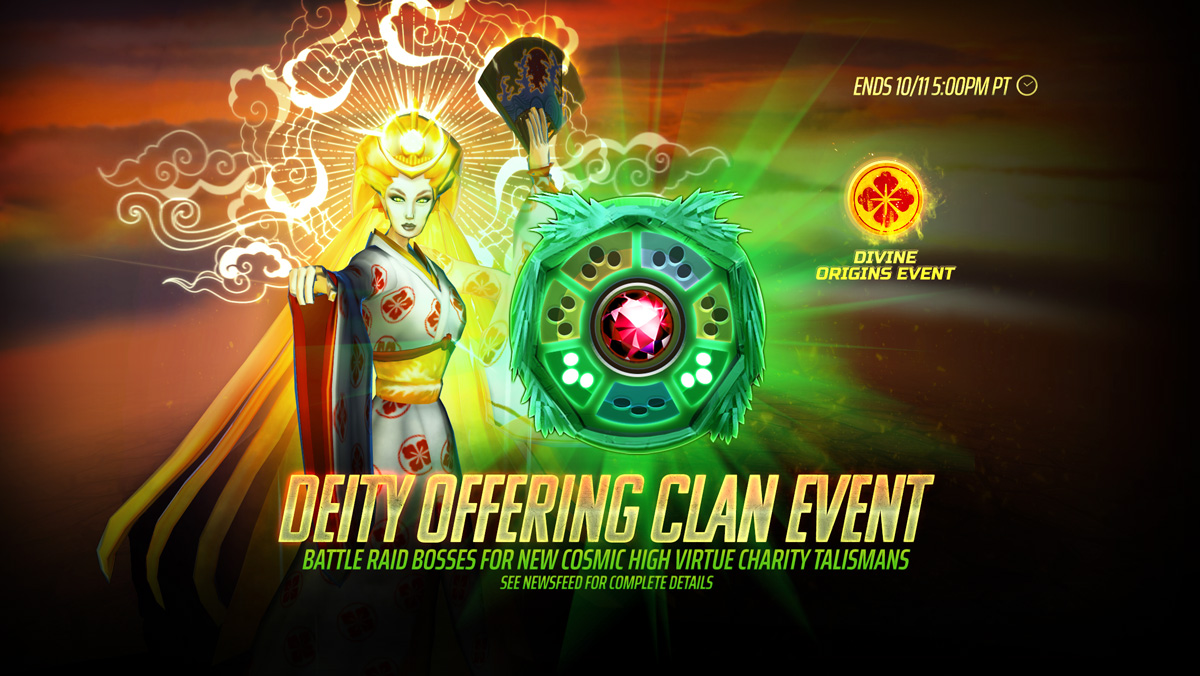 If another Talisman effect or Character Passive is disabled by this Talisman, gain the following:
• Remove a Golden effect from each enemy and deal a devastating hit of random damage to them if an effect is removed this way at the start of your turn.
• Permanently increase a random ally’s MAX HP, DEF and MR by 50% for each enemy with a Golden effect after every action.

BONUS: Battling against Raid Bosses will give a guaranteed reward of Sacred Gift Currency. This will typically drops in amounts of 50 or 100, but if you’re really lucky you could earn 150 or 200 Sacred Gifts from one battle!