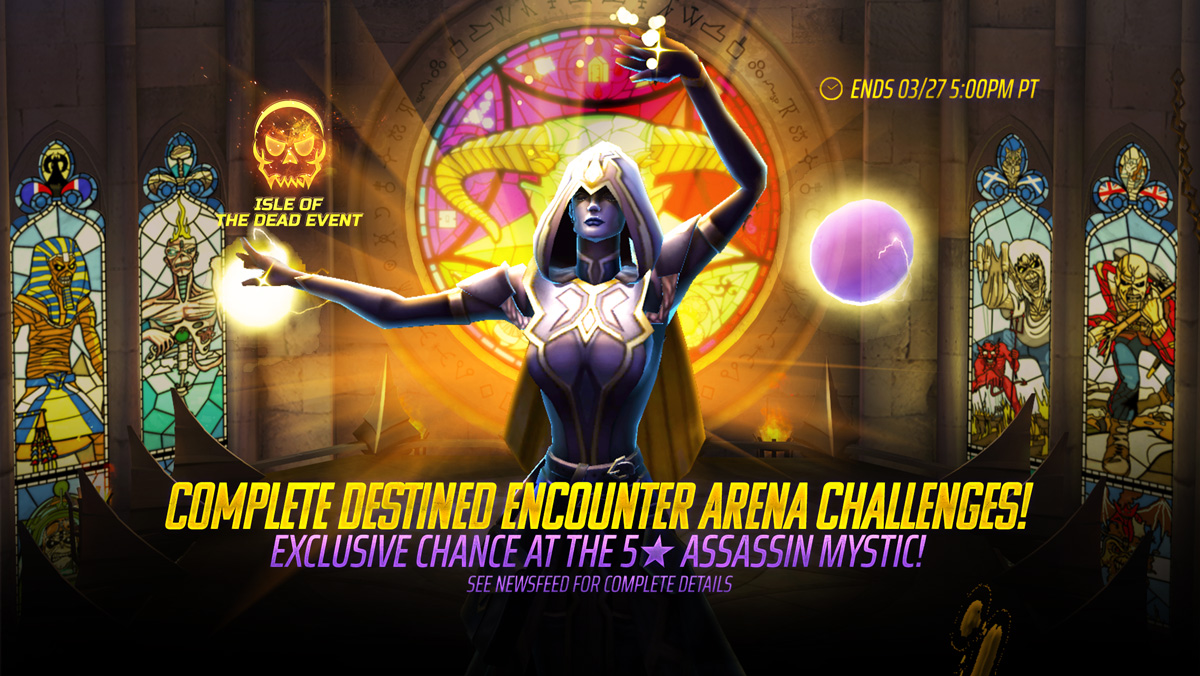 Battle for our newest 5★ Assassin!

From now until March 27th at 5PM PT, complete both solo and Clan based Arena event challenges for rewards including Prophecy Currency, Divine Vision Souls, Gold and more!

Libra Talismans are gold talismans with a 2 set effect that is not available anywhere else! Equip a full set for the following effects:

Many of these event challenges will also provide Lost Souls Currency.