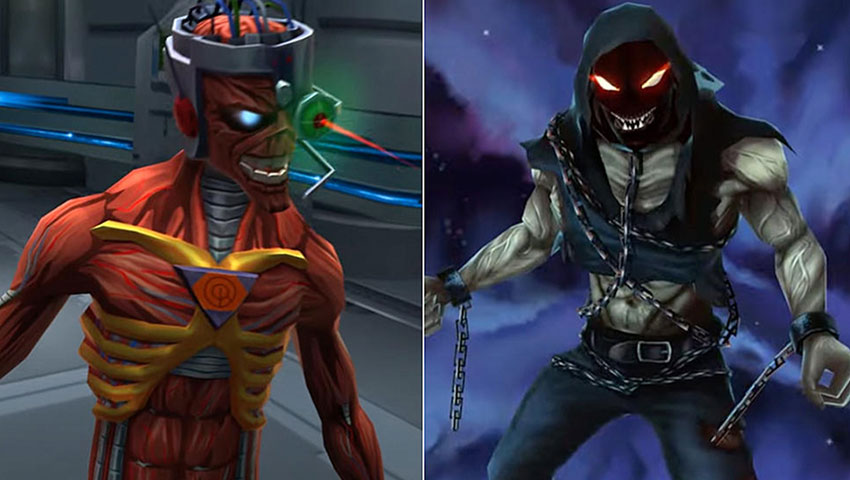 Posted at 10:21h in Press by Cruz Rodriguez

Iron Maiden have welcomed another in-game collaboration, bringing Disturbed’s mascot The Guy into battle in the Legacy of the Beast mobile game.

The limited-time appearance of The Guy follows in the footsteps of other rock and metal artists who have been featured as an in-game collaboration. First came Amon Amarth with a playable viking berserker character, followed by The Shadow Sorceress, which represented Lacuna Coil frontwoman Cristina Scabbia and, last fall, Papa Meritus IV of Ghost entered the arena.

Regarding the storyline for this collaboration, a press release states, “Cyborg Eddie and The Guy have been summoned through time and space to the Polvo V alley, a small town transformed into a hyper-sanitized, machine-driven industrial city, where Eddie and The Guy are dead-set on punishing the city’s corporate overlord – Brian Kek and confronting the CEO at Kek Tower before discovering the depth of his hubris.”

Commenting on this exciting opportunity, Disturbed singer David Draiman said, “Myself and the guys from Disturbed are humbled to be included in the Legacy of the Beast game. We feel that The Guy is a worthy addition to the saga and we’re very happy to be a part of it.”