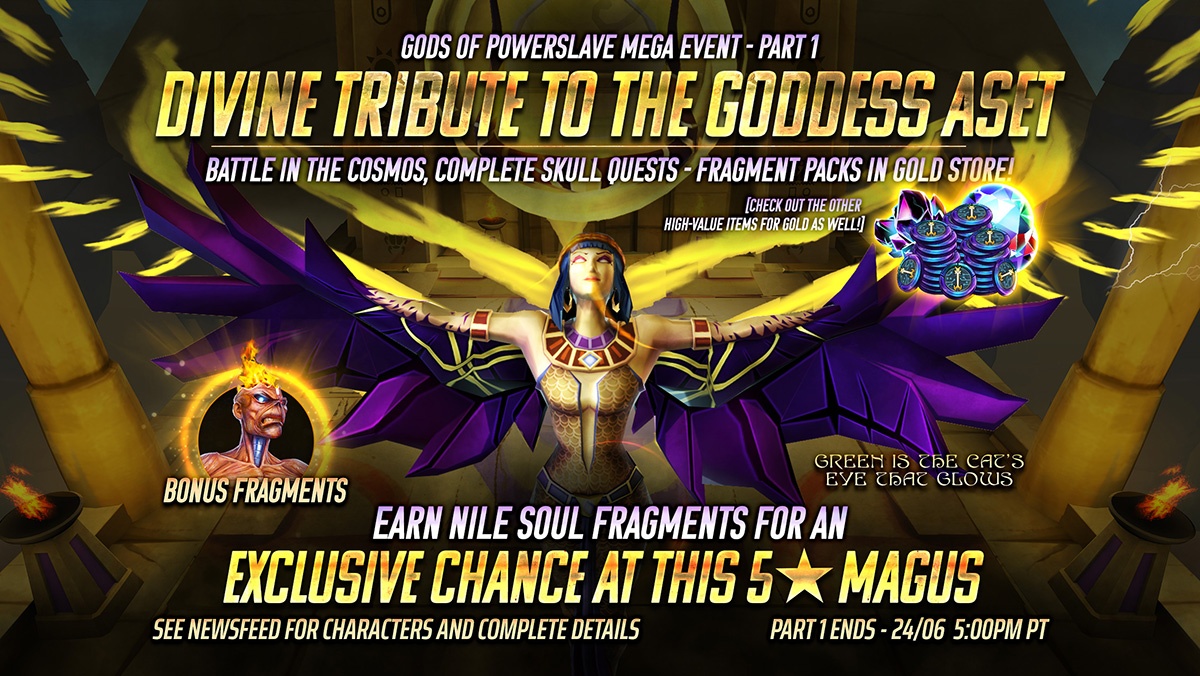 Goddess Aset has arrived – It’s time to pay tribute! This 5⭐ Magus is an all-enemy magic attacker which applies a wide variety of positive effects and can revive all allies.

The first event, Divine Tribute, runs from now until June 25th, 5 PM PT. During this event you’ll work to collect the Nile Soul – a limited time event soul which guarantees a 3★ to 5★ character of any class, with an exclusive chance of getting Goddess Aset!

How to earn the Nile Soul:

Nile Souls can also be purchased with Ironite from the Specials Store in bundles of 1, 3, or 10.

But that’s not all! There’s some special new deals available for Gold in the Store! Deals include: