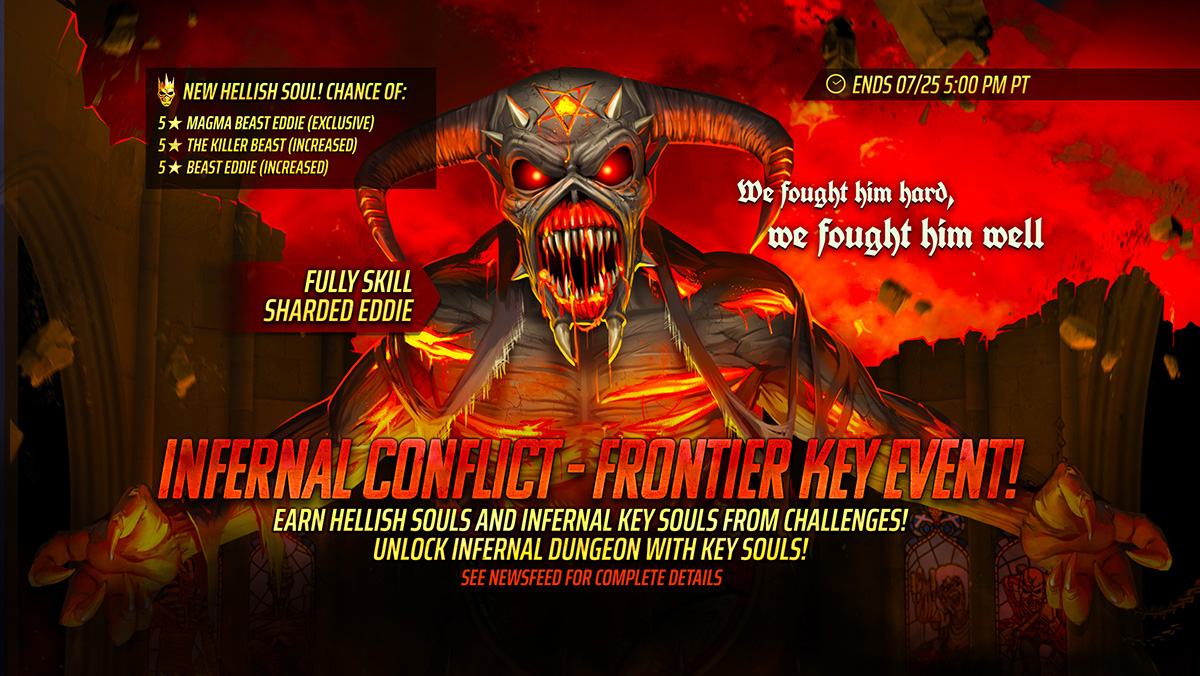 In celebration of the start of Iron Maiden’s Legacy of the Beast 2019 tour we’re debuting a fearsome new character – Magma Beast Eddie!

This fully skill sharded character is the special edition version of Beast Eddie and comes equipped with the Molten Rapture passive, replacing the regular Beast Eddie fury attack. This ability grants a 50% Chance to Remove Silver Effects from all allies at the start of your turn. It also provides all allies at the start of each turn with a Magma Shield!

From now until July 25th, 5 PM PT, venture into the temporarily reopened Hellfire Dungeon! The first time you complete one of the 3 dungeon floors available, you will be granted with set rewards including Hellish Souls and Echo Talismans. All subsequent victories are guaranteed to provide Warrior Soul Fragments, as well as a chance of up to 2 bonus rewards, including Eclipse Talismans.

Get ready to put your team to the test! Completing class-based Event Challenges will reward Frontier Coins and the new Infernal Frontier Key Soul. 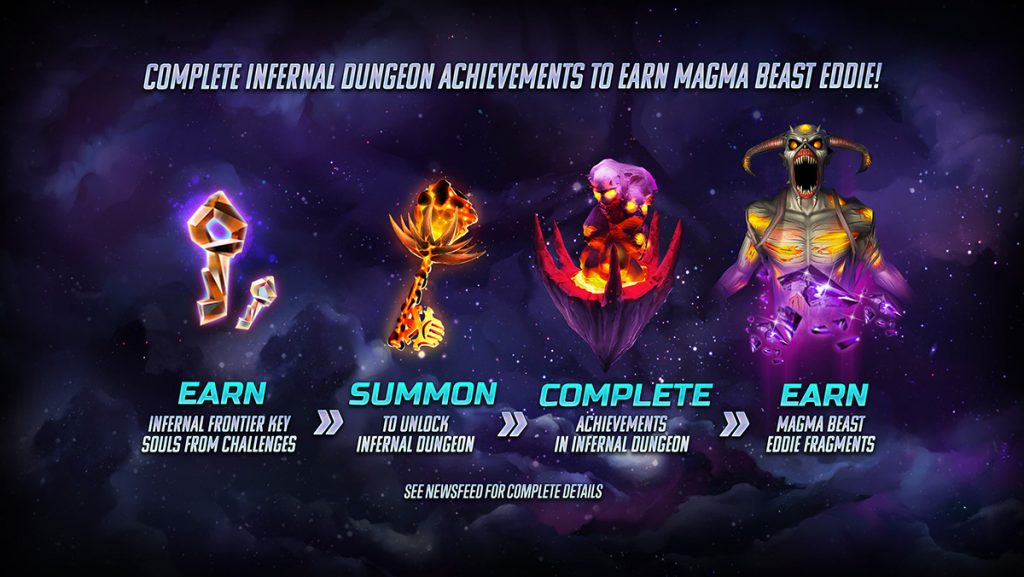 These challenges are your chance to get a head start on the Infernal Dungeon Achievements, and a guaranteed Magma Beast Eddie.

Summon the Infernal Frontier Key Soul you have earned from Event Challenges.

As soon as you Summon an Infernal Frontier Key Soul the Infernal Dungeon will unlock in the Time Rift!

Step 3: BATTLE in the Infernal Dungeon

Head to the Time Rift and battle in the Infernal Dungeon! Once it is unlocked, this Dungeon will be open for 2 hour total. There are no limits on how many times the dungeon can be played within that time frame.

Troopers beware! This is a high challenge Dungeon with an Assassin Only Class Restriction, so be prepared!

The first time you complete this dungeon, you will receive set rewards including a Legendary Soul, Talisman Soul Fragments and more. All subsequent victories are guaranteed to provide XP Runes, as well as a chance of bonus rewards, including Reaper Talismans.

The Infernal Dungeon has 4 new Achievements associated with it. Complete these Achievements by battling with Eternity Eddie, Wrath and The Beast in order to earn Magma Beast Eddie Soul Fragments!