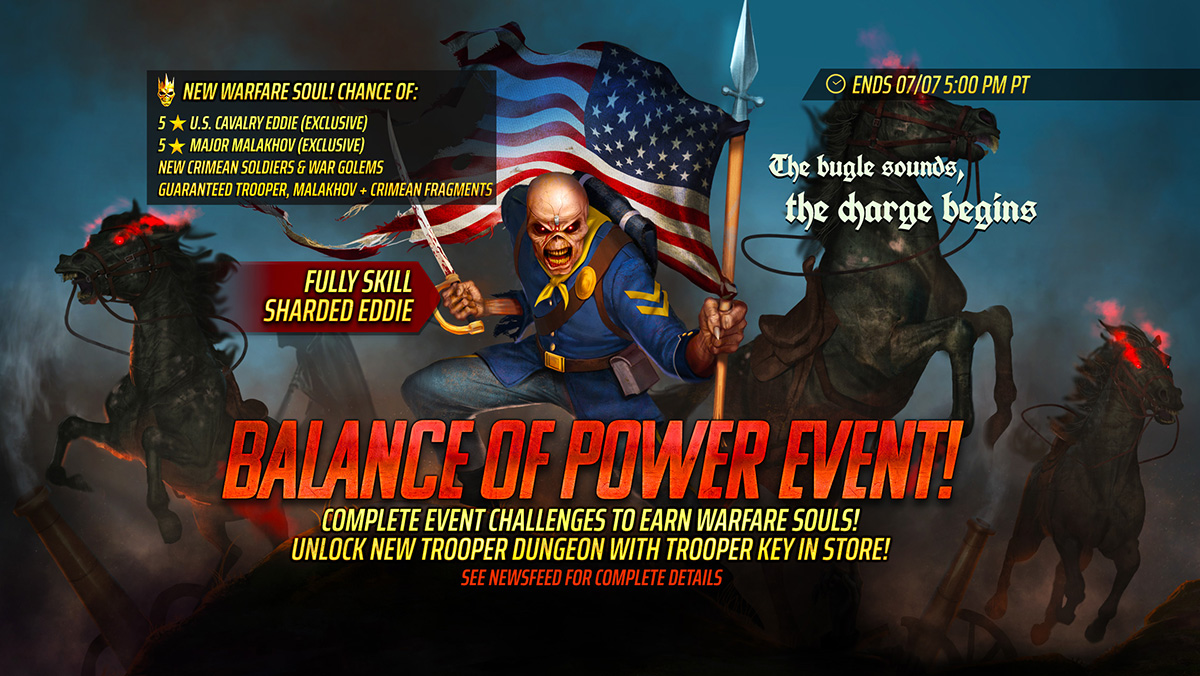 U.S. Cavalry Eddie is making his Legacy of the Beast debut! This fully skill sharded character is the special edition version of Trooper Eddie and comes equipped with the Armed Force passive, replacing the regular Trooper fury attack. This ability grants Perfect Immunity and Echo to all allies for the duration of battle. It also reduces the damage all allies take by 30%, and will Cleanse and Heal allies if Perfect Hit is active when you take an action. .

Each Warfare Soul summoned will grant rewards of 10 Major Malakhov Fragments, 10 Crimean Soldier Soul Fragments, as well as 25 Trooper Soul Fragments. These are the exact same fragments that can be earned from the Trooper Store, and can be traded for Trooper Frontier Keys to unlock the new Trooper Dungeon! Read on for more details! 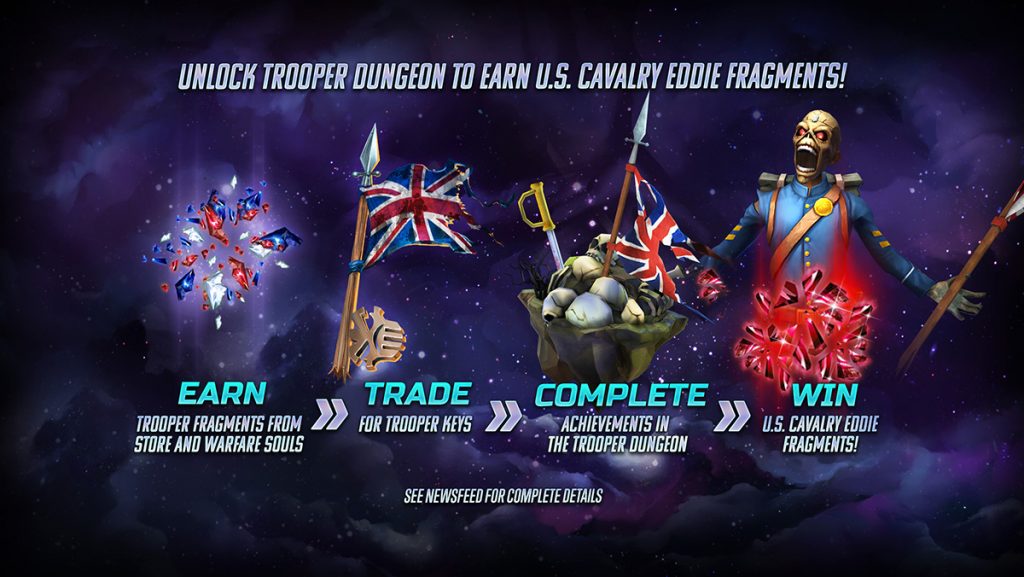 The Balance of Power event also sees the debut of an all-new Frontier Key Dungeon – the TROOPER DUNGEON!

Head to the Event Store and trade in the Trooper Soul Fragments you’ve earned for a Trooper Key!

As soon as you claim your Key from the Store, the Trooper Dungeon will unlock in the Time Rift!

Step 3: BATTLE in the Trooper Dungeon

Head to the Time Rift and battle in the Trooper Dungeon! Once it is unlocked, this Dungeon will be open for 1 hour total. There are no limits on how many times the dungeon can be played within that time frame.

The first time you complete this dungeon, you will receive set rewards including a Legendary Soul, Talisman Soul Fragments and more. All subsequent victories are guaranteed to provide XP Runes, as well as a chance of bonus rewards, including the all new Trooper Talisman.

Trooper Talismans are red talismans with a 5 set effect that is not available anywhere else! Equip a full set to reduce Damage taken by 50%, and also reduce damage allies take by 35%. This set also grants Perfect Immunity and Echo to each ally when you take damage, and permanently increases 2 random stats on each ally by 5% every time you attack.!

The Trooper Dungeon has 6 new Achievements associated with it. Complete Dungeon Achievements by battling with characters earned from the Trooper Soul in order to earn U.S. Cavalry Eddie Soul Fragments!