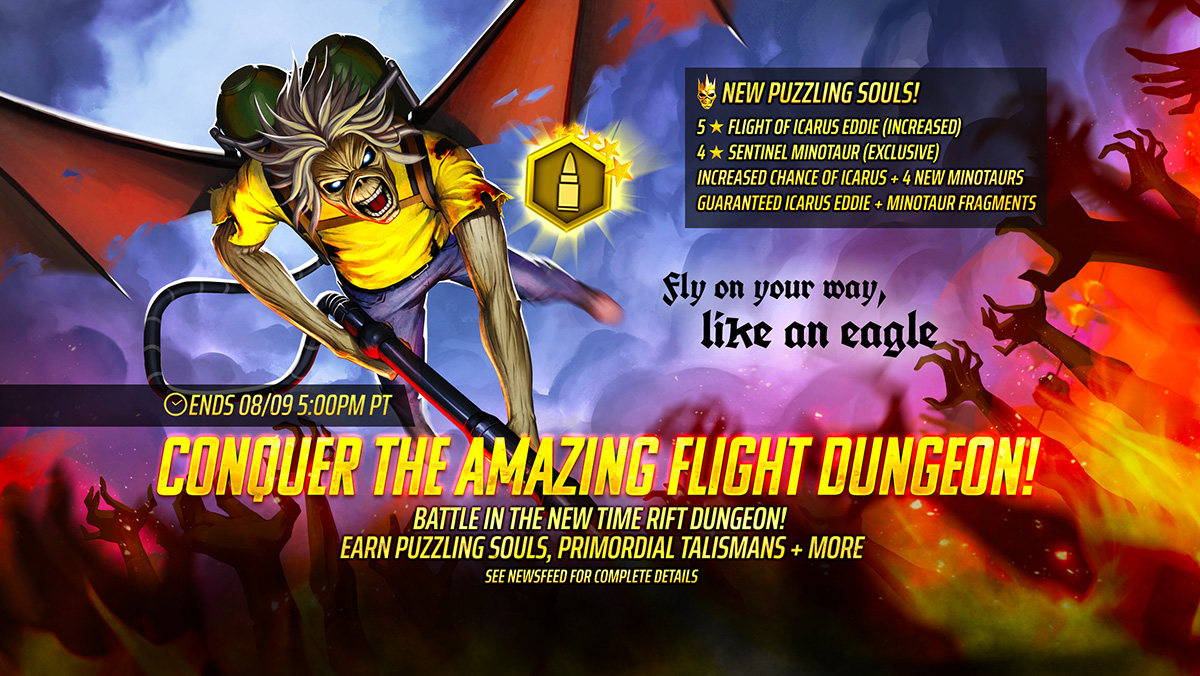 Fly as high as the sun!

Flight of Icarus Eddie is making his Legacy of the Beast debut!

From now until August 9th at 5PM PT, battle in a limited time Dungeon for Puzzling Soul Fragments and Primordial Talismans!

The Puzzling Soul is a limited time event soul which guarantees a 3★ to 5★ character of any class, with an increased chance at Flight of Icarus Eddie, Icarus, and 4 classes of Minotaur, with an exclusive chance of summoning the Sentinel Minotaur!

Puzzling Souls can be earned in one of three ways:

Orbit Talismans are red Talismans with a 6-set effect. Equip them to give Immunity to True Damage to all allies. These talismans will also remove Negative Effects from all allies and Beneficial Effects from all enemies every action. They also permanently increase DEF and MR by 5% every turn at the start of your turn.

Minotaur (4★ Sentinel): This negative effect caster decreases his target’s Max HP by 20% and passively grants the new Stone Shield effect to his allies. Stone Shield reduces all incoming damage and has a 70% Chance to Taunt enemies!