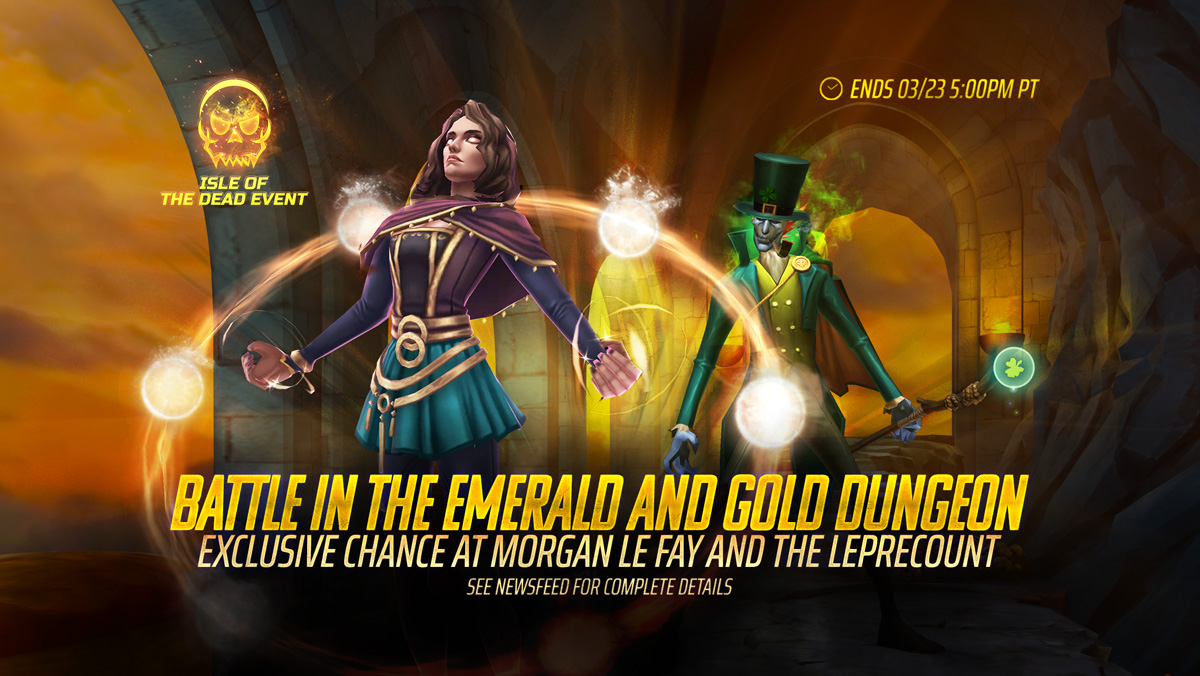 Morgan Le Fay is our latest 5* Assassin who strikes her enemies with True Damage and empowers her team with a variety of beneficial effects. Should she fall in battle, she will take a random enemy down with her!

What’s at the end of the rainbow?! From now until March 23rd, 5 PM PT, battle in the Emerald and Gold dungeon! This dungeon comes with a limerick filled story, 4 difficulty settings and is packed with awesome rewards!

Rainbow’s End Currency can be traded in store for Pot O’ Souls in bundles of 1, 3 and 10, and TWO characters-  Morgan Le Fay and Clansman Eddie!

Virgo Talismans are a green talisman with a 3-set effect. Equipping this set will do the following:

Gain the following Ascendant effect if any other Zodiacal Talismans are active on self:

Gain a 3 Hit Innate Force Shield if none are present and Heal self for 30% of your MAX HP after every action.

The Pot O’ Soul is a limited time event soul which guarantees a 3★ to 5★ character of any class. This soul has an increased chance of summoning Gold Idols, and has an exclusive chance of summoning 5★Sentinel The Leprecount and 5★ Assassin Morgan Le Fay.