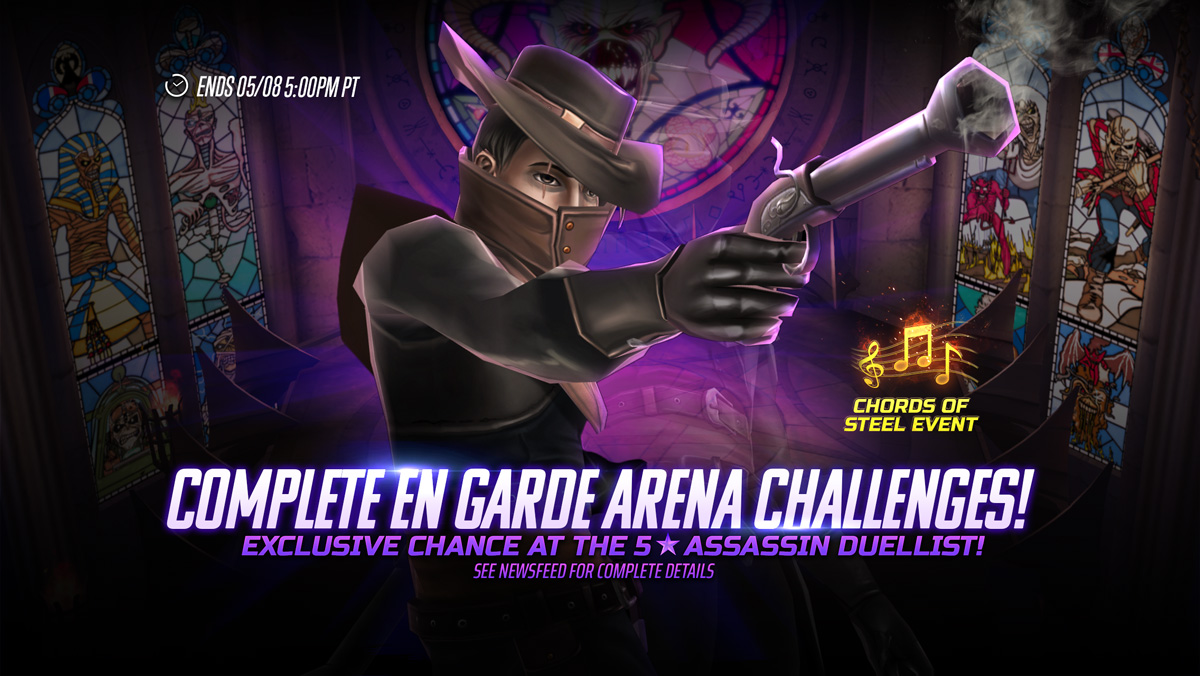 01 May En Garde! (Arena) – Exclusive chance at the 5* Assassin Duellist!

Battle for our newest 5★ Assassin!

The Assassin Duellist attacks with both musket and sword, striking enemies down with True Damage attacks that can critically strike and inflict Bleed!

From now until May 8th at 5PM PT, complete Arena event challenges for rewards including Disguised Currency, Fencing Souls, Riposte Talismans and more!

Many of these event challenges will also provide Disguised Currency.

You can learn more about this featured event in the Chords of Steel event post!