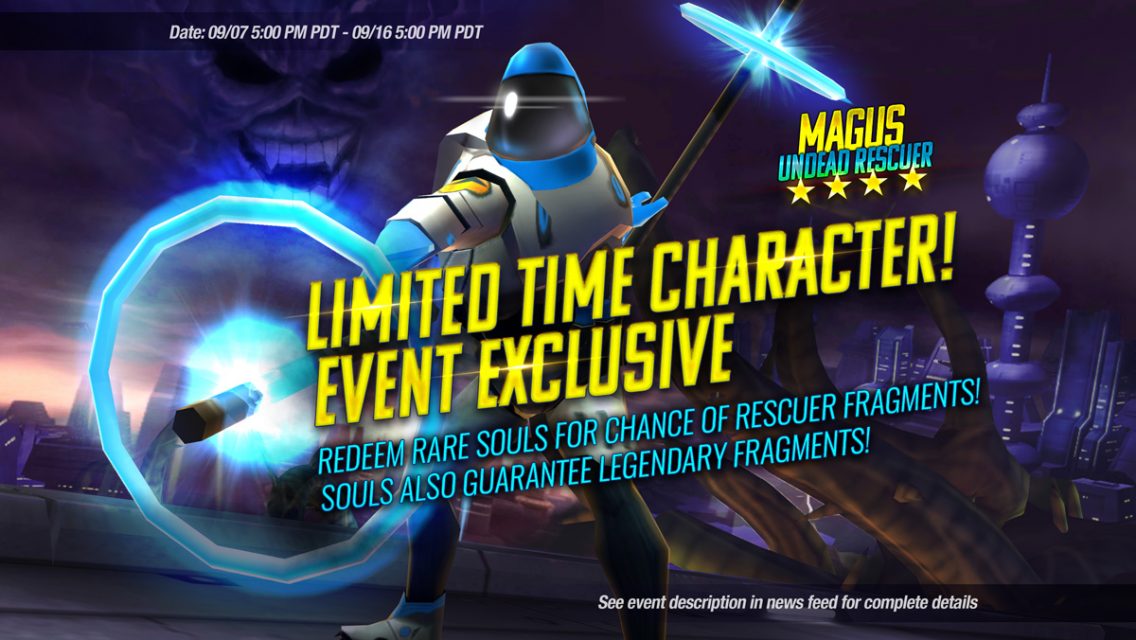 Open the Book of Souls for our latest character fragment event!

The Magus Undead Rescuer is a magical heavy hitter! He is able to curse all enemies at the start of battle and will gain Invincibility if he has Regen at the start of any of his turns.

Raze your opponents! Using his Power ability, The Magus Undead Rescuer deals high Magic damage on a single opponent, inflicts Permadeath for 2 turns, and has a 45% Chance to Remove Beneficial Effects.

⚠️The Rescuer and Legendary Soul Fragments are only earned from using “Rare Souls”. Rare Magus Souls, Rare Gun/Assassin Souls, Event Souls, etc will not yield fragments when used. This character is NOT available in any other Souls, so if you miss the opportunity to summon the Magus Undead Rescuer, it may be a very long time until you get another chance!