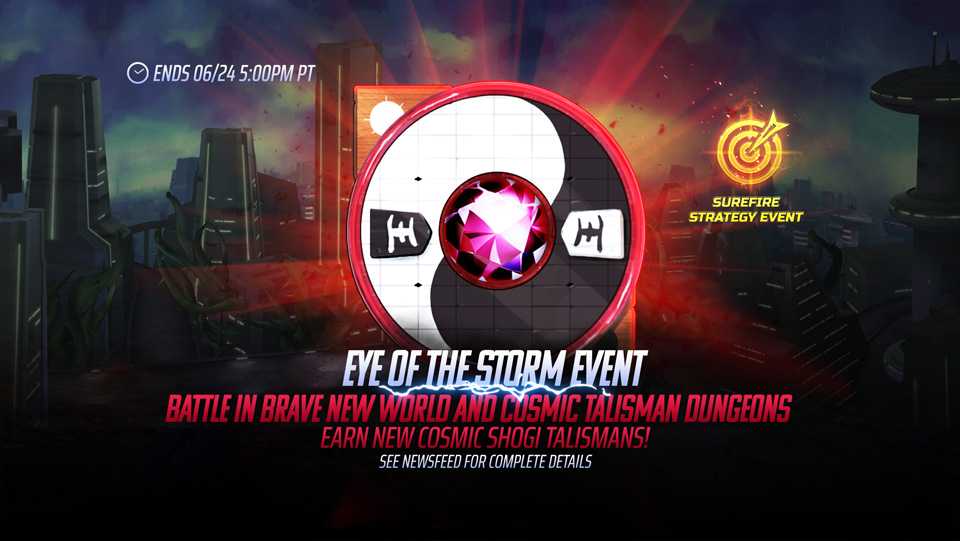 Revealed Treasures can be traded in store for Courage Talismans, bundles to power up your Cosmic Talismans, and new Cosmic Shogi Talismans.

The Cosmic Shogi Talisman increases your stats in battle and reduces incoming damage.

When equipped the Shogi Talisman will do the following:

Shogi Pieces are the event currency of our Surefire Strategy event running until June 30th.

Trade your Shogi Pieces in the Event Store for rare rewards including the Silver General of White, Cosmic Musashi Talismans and more!