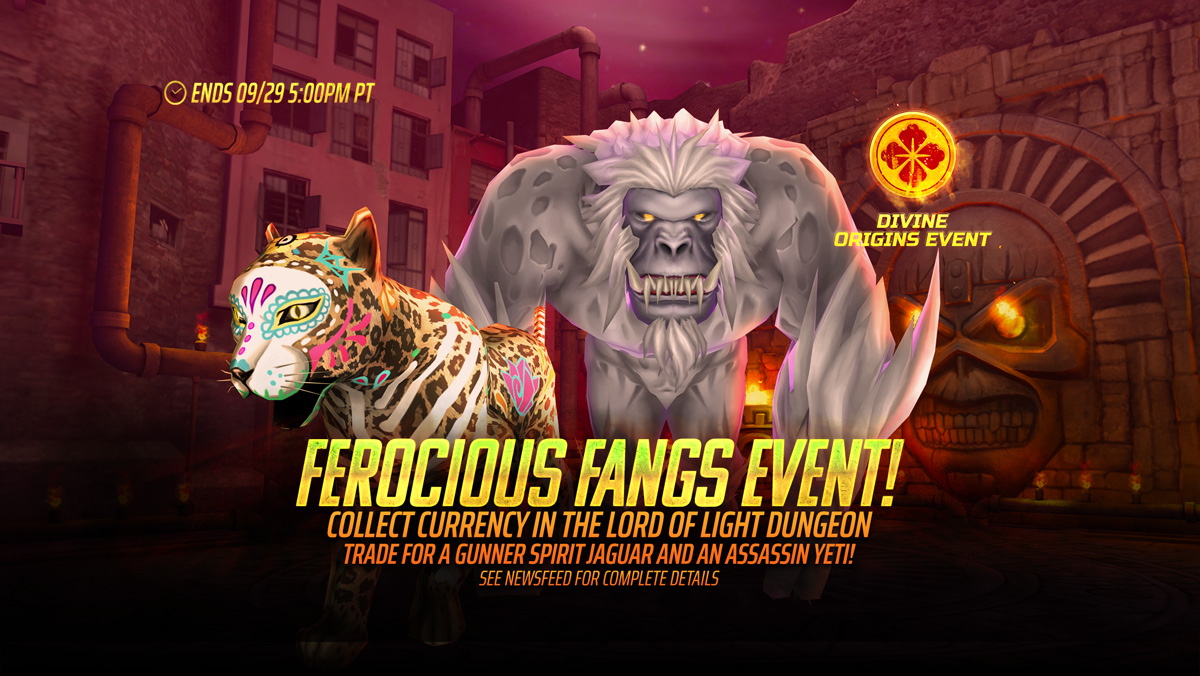 From now until September 29th, 5PM PT, each battle in the Lord of Light dungeons has a chance of dropping Sharpened Claws, the Ferocious Fangs event currency. Collect 200 and you can redeem them in the Event Store for your very own 4⭐ Gunner Spirit Jaguar or 4⭐Assassin Yeti!

Spirit Jaguar: Calling upon mystical power, this big cat guards his allies with Titan Shields, and increases their health and damage potential!

Yeti: Unlock this ancient beast of legend and smash your way through your opponent’s defenses. This indomitable beast Taunts his enemies and grows stronger every time he takes damage!

You can learn more about this featured event in the Divine Origins event post here!