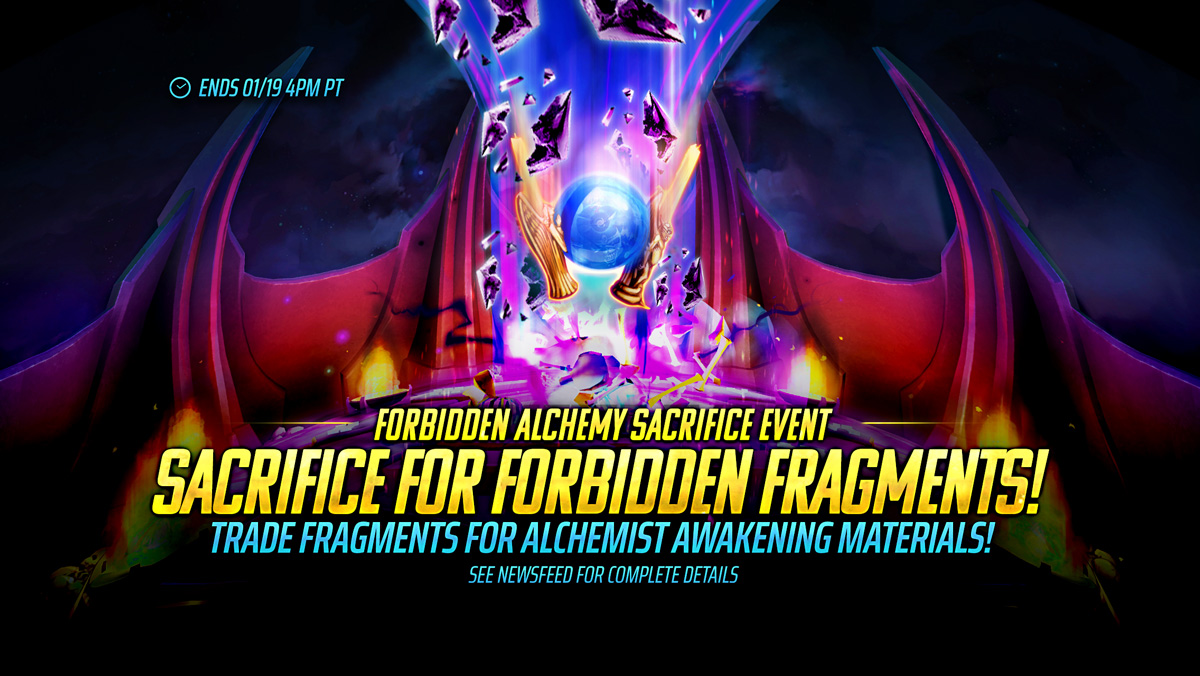 From now until January 19th at 4PM PT, earn bonuses from each tier of Sacrifice, in addition to normal sacrifice rewards:

Purchase this Awakening Shard so you can fully Awaken the Alchemist!

The Alchemist is now fully awakenable.

Delve further into forbidden knowledge and access terrifying power! In his fully Awakened form the Alchemist’s Fury attack transforms into a powerful passive/fury combo that deals true damage to a single target, grants Soul Protect and Immunity to all allies and Disables Labyrinth and Viper Talismans on the target.

The Alchemist will also become immune to Physical Damage and will inflict Passive Disable for 1 turn on each enemy that lacks Silver Effects after every action.

For full details on the Awakening feature head to our Awakening Guide news post!

Trade Forbidden Fragments, as well as extra Alchemist Fragments, Rare or Common Souls for additional rewards in the Event Store!