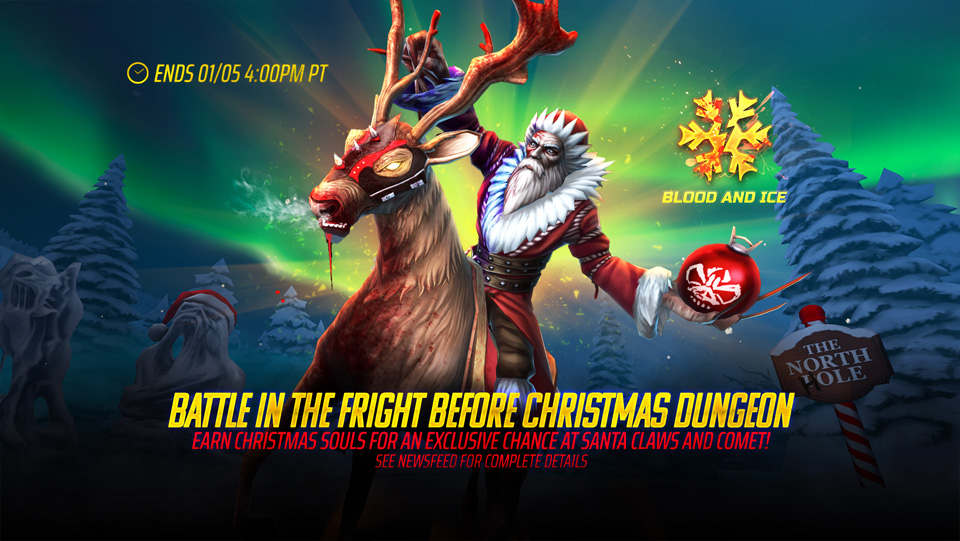 Old Santa got drunk on dark power
He shouted “I’ll make the sinners on my list cower!”
“But what of the fate
Of the good children of late?”
“Perhaps they aren’t worth flensing to devour!”

The dark forces that have invaded Christmas have altered poor dear Santa this holiday season! A powerful assassin-class character, this clawed ally will rend your foes limb from limb, able to instantly kill foes that meet the right criteria. Riding atop a once proud beast, Santa claws his way to victory, dishing out a variety of powerful effects to allies and enemies alike with his Season’s Greeting.

From now until January 5th, 4 PM PT, battle through 4 difficulty settings in the Fright Before Christmas dungeon!