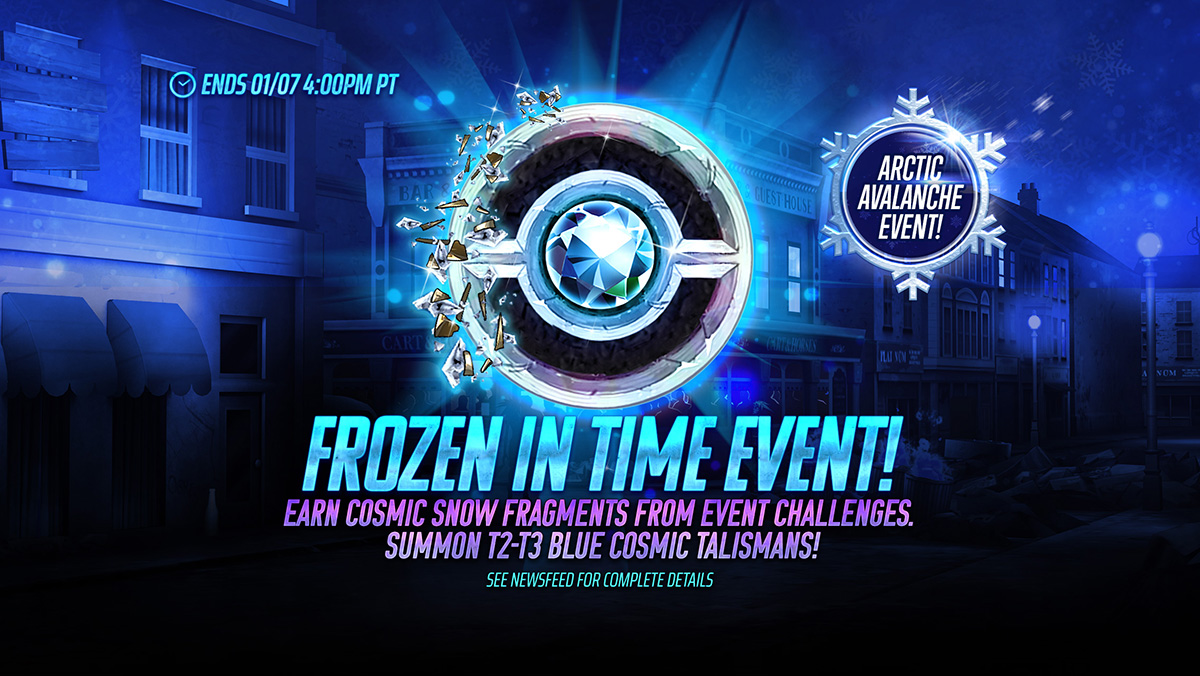 Cosmic Snow Fragments are a new Fragment that can be used in 1 of 2 ways.

You can spend 250 of your Cosmic Snow Fragments in the store to claim a T1 Cosmic Blue Talisman with a Snow set-effect.

The Snow set effect grants a Snow Shield for 2 turns at the start of battle. It will also give your character Immunity to Freeze, Stun, and Taunt effects.

IMPORTANT: The Frozen in Time Event is the final event in the Arctic Avalanche series, and your last chance to collect Snowflake Soul Fragments. The items available for Snowflake Fragments in the Snow Store will disappear at 4pm PT on January 13th!