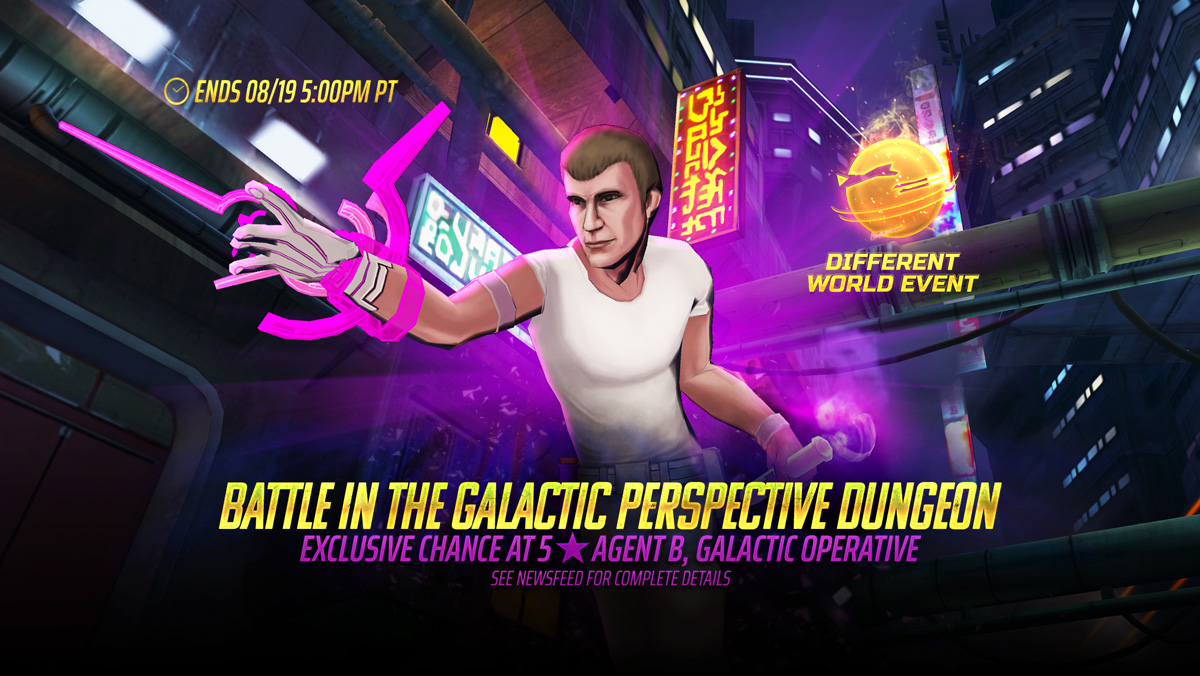 From now until August 19th, 5 PM PT, battle through 4 difficulty settings in the Galactic Perspective dungeon for awesome rewards and an exciting new storyline!

Oracle Orbs
Dungeon Fragments
A chance of up to 2 bonus rewards, including: Forge Talismans (Shield Subtype).

Oracle Orbs can be traded in store for Different Souls in bundles of 1, 3 and 10, Cosmic Beast Talismans, and Agent B, Galactic Operative himself.

Justice Talismans are gold talismans with a 5-set effect. Equipping this set will do the following:

Whenever another ally dies, permanently increase DEF and MR of self by 100% and deal a devastating hit of true damage to the attacking enemy. Inflict Punishment for 2 turns on a random enemy after every action. Transform all Revenge and Perfect Revenge on all allies into Perfect Titan Shield for 3 turns after every action. For each effect removed this way, inflict Stun for 1 turn and Punishment for the duration of battle on a random enemy.