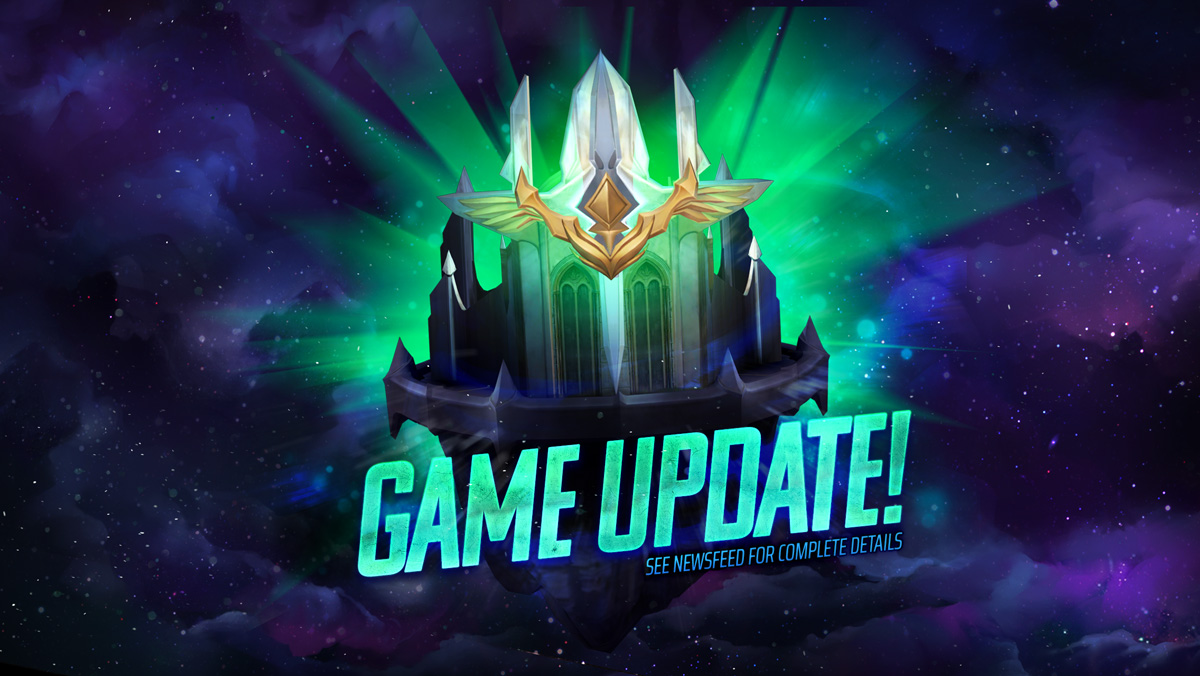 The Gates of Avalon have opened – BATTLE IN ISLE OF AVALON NOW!

This new world is modeled after the lyrics from the song, ‘Isle of Avalon’ from Iron Maiden’s ‘The Final Frontier’ album. The story is centered on the Isle of Avalon, which houses humanity’s fallen and eternal souls. It acts as a direct connection between the realm of humanity, and the realm of the gods.

(Please Note: We recommend completing the Lord of Light Awakening Dungeon (XI-XV) before entering, as Isle of Avalon is a continuation of this story.)

The Isle of Avalon is being released in three parts. The first part released today contains 15 battle and story quests on ‘Normal’ difficulty. Battle across the misty plains to protect Avalon from Fomorian invaders! More quests and difficulty settings will be available in future releases!

New Achievements
15 new Achievements have been added to the Challenge menu. Please note that 9 of these Achievements will only be completable once the Final Journey Frontier Dungeon becomes available in early March.

New Awakenable Characters
Eternity Eddie and Clansman Eddie are now awakenable! You can start powering up these characters to new levels as of this update. The unique awakening materials required to fully awaken these characters will be available later this month.