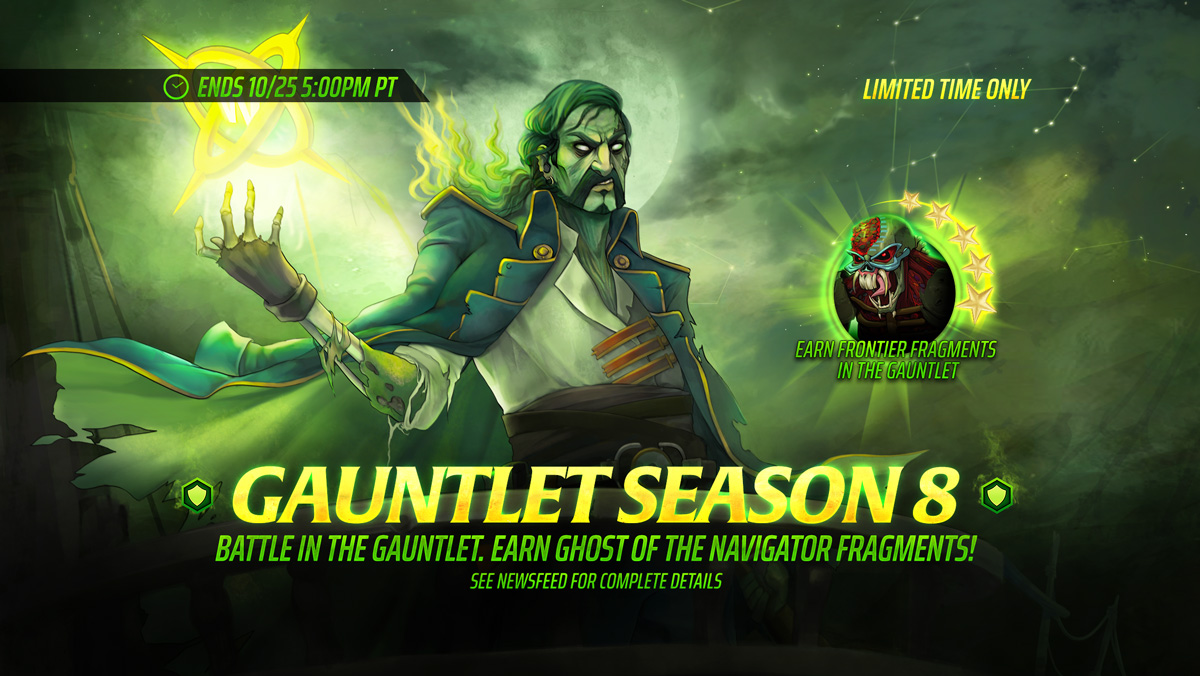 16 Aug Gauntlet Season Eight – Battle for The Ghost of the Navigator!

Earn Ghost of the Navigator Soul Fragments and other Rare Rewards in the Gauntlet.

Our eighth Gauntlet season starts now and will run until October 25th at 5pm PT. Battle through 11 Grades of Gauntlet, each presenting unique challenges and rewards to earn a place on our Ranked Leaderboard. The Ranked Rewards for Season 8 will feature Ghost of the Navigator Fragments, in addition to other rewards.

You will have 10 weeks (until the end of Season 8) to earn enough Ghost of the Navigator Fragments from the Gauntlet to summon him, after that he will be much more difficult to obtain, as he won’t be featured in any other soul.

His power ability, ‘Lash to the Mast’, Transforms Each Negative Effect on himself into a Random Beneficial Effect and will apply Soul Shackle to a single target. Soul Shackle Drains the target’s MAX HP and also ensures that the Ghost cannot take more than 5% of his MAX HP as damage from any single attack.